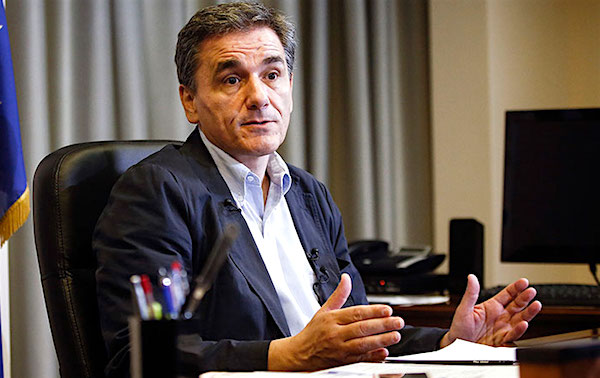 Greek Finance Minister Euclid Tsakalotos referred to the three factors that determine fair growth in an interview with the Sunday edition of Avghi newspaper.
Firstly, is the fair re-distribution of the value that derives from production as collective contracts and other forms of cooperative entrepreneurship. Secondly, environmental justice where the burdens and the benefits of growth will be fairly and equally distributed according to the geography and topology, said Tsakalotos. Finally, the third factor is justice on decision-making through agreement and common decisions between the central government and the local authorities, the official agencies of productive groups and mostly those not represented in official procedures.
Tsakalotos underlined the need for the government to have a “specific and prioritised programme. On the result of the British referendum he stressed that “it is another moment of the plebeians’ disobedience against the country and Brussels’ elite.
However, he noted that the Left did not succeed in turning this situation into a political protest and “the extreme right took advantage to turn it into an anti-migration and racist argument”.
(source: ana-mpa)