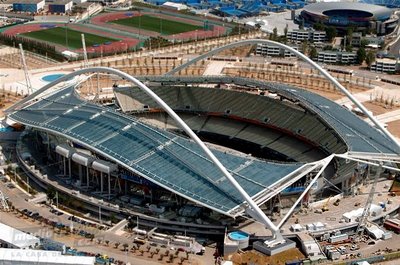 While at the Aspen Ideas Festival in Aspen, Colorado, Christine Lagarde, Managing Director of the International Monetary Fund (IMF) shocked many with her response to an idea put forth by Kitty Boone, Vice President and Executive Director, Public Programs at the Aspen Institute.
According to the official transcripts on imf.org, Boone spoke out in regards to the disastrous Olympic Games to take place in Rio this summer and suggested an amazingly inspired question to Lagarde.
“Okay here is my idea but I don’t know how to turn it into a question,” Boone started out. “The Greek economy is a disaster. The debt now is a huge question. Rio for the Olympic Games is a disaster. The IOC, the way they make decisions is really complicated. Could we please permanently install the Olympic Games in their home in Athens and give economy and tourism and strength and have one place that’s environmentally safe. You don’t have to build stadiums that have dust weeds right off and help Greece and help the world find a place in Europe that is a legitimate home for the Olympic Games. That’s my question.”
Amazingly enough, Boone asked a question that resonates with many people, including an overwhelming amount of Greeks. Why not allow the Olympics to come home to Greece, permanently?
To the surprise of many, Lagarde seemed to agree with the validity of the suggestion.
“I think it is a great out of the box idea. Thank you Kitty, thank you,” she said.
“To the extent that it’s going to create demand which is what this economy absolutely needs it would be great.”
Then Lagarde added: “(It) is a very interesting idea and you’re right. The marathon was run the first time ever in Greece and the Olympics is only called the Olympics because of Mount Olympus which is actually sitting in Greece and has hosted so many fantastic athletes which was part of the healthy principles that the Greek’s very much had.”