GRNews
GreekReporter.comGreek NewsEconomyLow Pensions Slashed by 48% for 148,000 Recipients in Greece 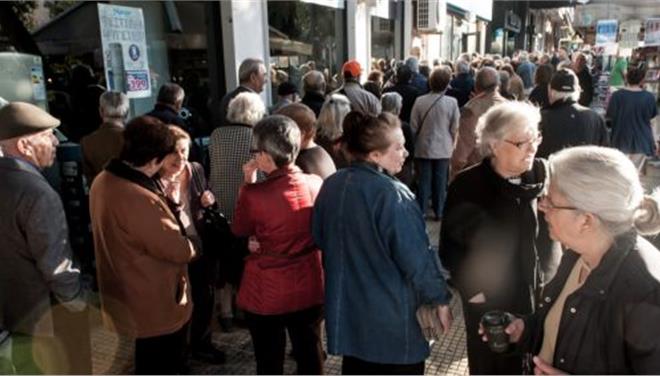 About 148,000 low pension recipients saw their pensions slashed in half after the new pension cuts went into effect as part of the fiscal adjustments the government had to make.
Specifically, 148,000 pensioners who were receiving the supplementary solidarity pension (EKAS) found out on Wednesday that they no longer qualify for EKAS and saw their total pensions cut in half.
For instance, pensioners who were getting 810 euros (580 as main pension and 230 as EKAS), found 420 euros deposited in their accounts. The reason was that since they don’t qualify for EKAS, they have to return the supplementary pension they received for the month of June (as the law applies from June 1st) in two installments, and the first installment was subtracted from the July pension.
According to labor ministry figures, the EKAS was cut for twice as many beneficiaries than Labor Minister Giorgos Katrougalos had claimed. Even though the initial agreement was that only 20 percent of EKAS recipients will lose the benefit, it turned out that about 150,000 pensioners, or 40 percent of EKAS recipients, lose the benefit.
The figures for those who qualify for EKAS have changed as follows:
• 230 euros per month for income up to 7,216 euros per year
• 172,50 euros for income 7,216.01-7,518 euros
• 115 euros for income 7,518,01-7,720 euros
• 57,50 euros for income 7,720,01-7,972 euros
Pensioners who receive higher pensions will see the new cuts going into effect in August. About 250,000 pensioners who receive combined pensions over 1,300 euros before taxes, will see their pensions slashed 5%-40%, depending on the amount of the supplementary pension.
Also, 284,000 pensioners who receive a dividend from the Civil Servants Share Fund will see their income decrease. Most of them will see their dividends shrink by 44%. This means their total pensions will be reduced 66-88 euros per month. For some, the reduction will be as high as 63%.