Greek PM Tsipras: 'We Need a New Vision for Europe' 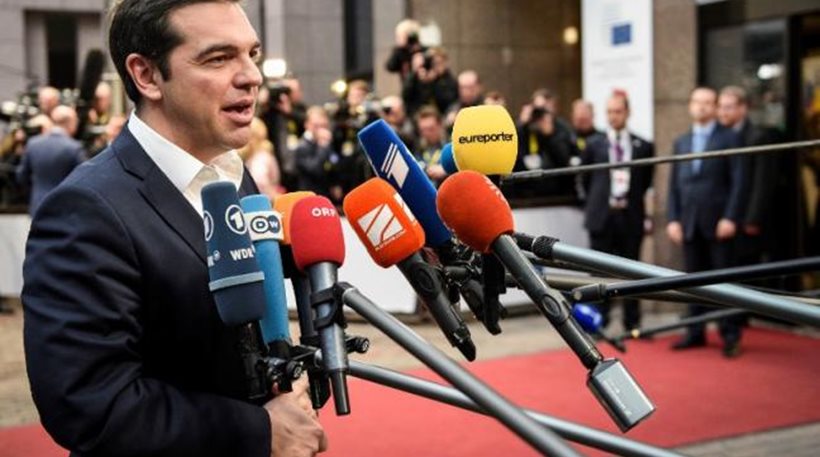 Greek Prime Minister Alexis Tsipras said that Europe is facing a deep political crisis, created by harsh austerity and a piecemeal approach to the migration problem. Speaking after the European Council attended by leaders of the 27 EU member states on Wednesday, he said that there are “two paths” to follow after Brexit: “either to continue on as if nothing has happened or make a decision to create a new, better and more democratic Europe.”
Tsipras noted that the British people’s vote was a “historic event” that sent shockwaves throughout the world, and he added that the European Union was at a crucial turning point.”For the first time in its history, the EU is becoming smaller, the map is changing,” he said.
Europe’s leadership must understand the reasons that led to the British vote and ask themselves whether referendums with the same question in other countries were likely to yield the same result. “We have to wonder why the EU does not inspire its peoples and create a more ‘attractive’ EU,” he said.
Tsipras noted that Greece had highlighted these EU dysfunctions and deficits in the most painful way during the summer of 2015, whereas the EU “social and democratic deficit” is now confirmed.
Reporting on Tuesday’s European Council meeting, he said the atmosphere had been “highly charged” and that Europe would soon find itself faced with a choice between two paths.The need for a “new deal” on Europe with a social dimension that could once again inspire its citizens was “of existential importance” underlined Tsipras. “In addition to the fiscal deficit there is the social deficit and Greece is a classic example. Before the crisis, unemployment in Greece was at 7 percent, the same as in Germany, but now it’s at 26 percent and in Germany at 4 percent,” he said, adding that there could be no future for Europe with such large inequalities.
He ended by announcing that Greece was planning initiatives on a regional level and within member-states to “form alliances on a geographic and political level.”
Results of the EU Council of Leaders from June 28-29

On Wednesday, the 27 EU leaders (minus Britain for the first time) discussed the consequences of the British referendum for Europe. It was a calm and serious discussion, with EU leaders determined to remain united and work closely together as 27. It was reconfirmed that Britain’s withdrawal from the European Union must be orderly and there will be no negotiations of any kind until the UK formally notifies its intention to withdraw.
“We hope to have the UK as a close partner in the future. It is up to the British government to notify the European Council of the UK intentions to withdraw from the EU,” said EU Council President Donald Tusk. “Leaders made it crystal clear today that access to the single market requires acceptance of all four freedoms, including the freedom of movement. There will be no single market ‘à la carte’.”
Also discussed was the dissatisfaction felt by many Europeans with the state of affairs, and the responsibility that EU leaders have in bringing back an environment of hope. A period of political reflection will begin during a meeting on September 16 in Bratislava, Slovakia.