GRNews
GreekReporter.comGreeceGreek Conservative Leader Stresses Need for the EU to Move Away from... 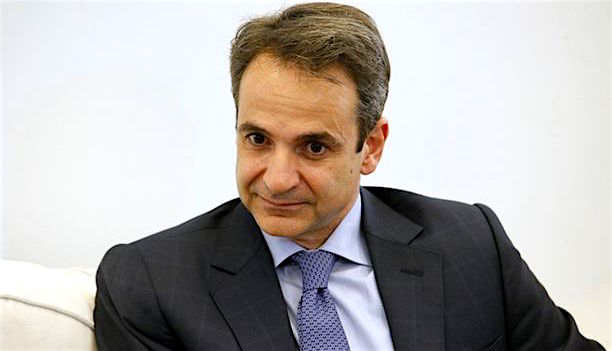 Main opposition New Democracy (ND) leader Kyriakos Mitsotakis on Wednesday stressed the need for Europe to move on to an era of post-populism during his address of the 215 members of the European Peoples Party of the European parliament.
“The future is the end of populism. Populism does not solve problems, it multiplies the impasses and it is ultimately against the people of the European Union,” said Mitsotakis, who was the keynote speaker in the plenary of the EPP summit.
Mitsotakis was welcomed by the president of the Parliamentary Group of the European center-right Manfred Weber. The leader of conservative New Democracy main opposition party of Greece presented the alternative proposals of his faction for an exit from the crisis and the need for a new European Truth Agreement with the citizens following the shock outcome of the British referendum. He noted that the current Greek program will not lead anywhere and added that ND proposed growth rates of 4 percent of the GDP and a primary surplus of 2 percent of GDP.
Asked about the name dispute with the Former Yugoslav Republic of Macedonia (FYROM), he clarified that Greece has taken its own steps to resolve the issue, but Skopje refuses to follow. He supported the Greek position on a complex geographical name applicable for all purposes, and underlined Greece’s concern for stability, cooperation and peace in the Balkans.
(Source: ANA-MPA)