Sea Turtle Nests at Record Heights in Zakynthos This Summer 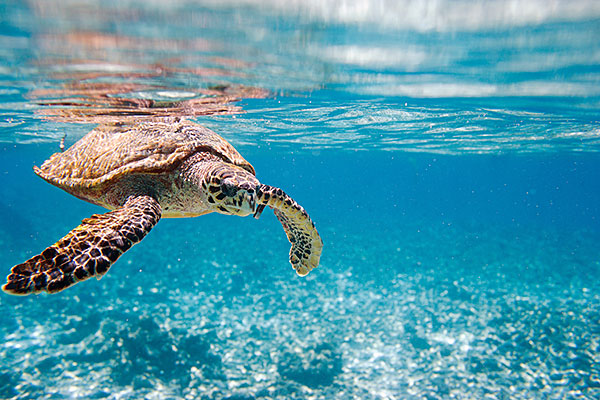 A study conducted with the collaboration of ARCHELON, the Sea Turtle Protection Society of Greece, reports that the number of carretta caretta loggerhead turtle nests is especially high this season. Until now, more than 500 nests have been documented at the National Marine Park of Zakynthos.
The data is encouraging, with an increase in nests at Lagana, pointing to 2016 as the most productive year of the last decade. “Apart from the positive feelings concerning the survival of the endangered caretta caretta species, the  situation also prompts greater attention to activities of visitors to nesting beaches and around the sea area of the National Marine Park of Zakynthos, while also raising concern for the professionals active in these areas,” notes the administration of the National Marine Park of Zakynthos.
The island of Zakynthos, in the Ionian Sea, has earned its reputation as “the island of the sea turtle” thanks to the scientific study of the species that has drawn the world’s spotlight. To continue to keep this reputation, all those concerned in the protection of the loggerhead turtle will need to adhere to simple guidelines and administration measures to the benefit of people and the natural environment of the area.

First Movie Ever To Have Filmed At The Acropolis Of Rhodes