TechNews
GreekReporter.com Greece KKE Chief for Tsipras: 'He Told Me He Can't Do Any of...

KKE Chief for Tsipras: 'He Told Me He Can't Do Any of the Things He Promised' 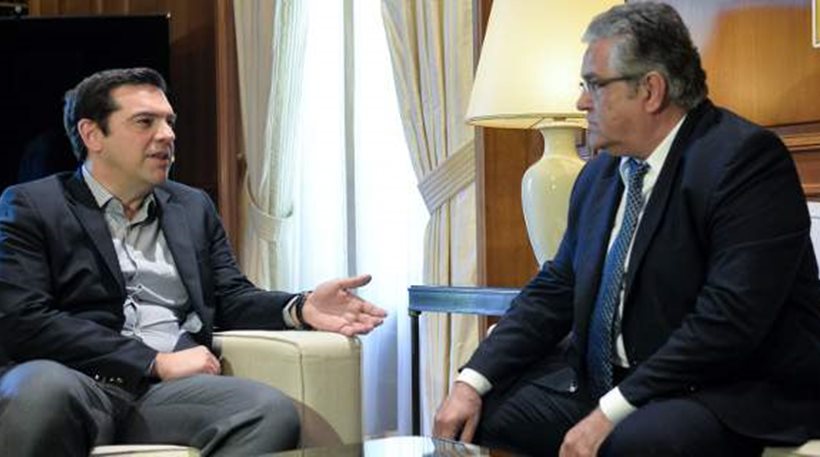 “(Alexis Tsipras) told me clearly that he cannot do any of the things he promised to the Greek people,” said the Greek Communist Party (KKE) chief Dimitris Koutsoumbas.
The KKE general secretary spoke to Skai radio about the private meeting he had with the Greek prime minister to discuss the government’s proposal for a new electoral law. He said that Tsipras told him he is unable to fulfill his promises to Greeks, thereby he is trying to change the electoral law to proportional representation in parliament. Proportional representation has been a constant demand of the Greek Left.
According to Koutsoumbas, Tsipras said that since he cannot bring any of the leftist changes he promised, he wants to change the electoral law to proportional representation so that the Greek Left leaves a legacy.
Nevertheless, Koutsoumbas said that his party will support the new electoral law, as long as it is geared for simple, guileless proportional representation.
Maximos Mansion denied that the prime minister said those things to Koutsoumbas. In a statement issued by the government, the Koutsoumbas allegations are far from reality. Nevertheless, the statement says, the government respects the KKE criticism and expects the party to support the new electoral law.
The immediate reply that came from the Greek Communist Party headquarters says that what the general secretary said was absolutely true.
The current electoral law gives the party that ranks first in the election results a bonus of 50 seats in the 300-seat Greek parliament. Opposition leaders have accused Tsipras of proposing to change the electoral law after he saw that his popularity is waning and SYRIZA has slid to second place in opinion polls.