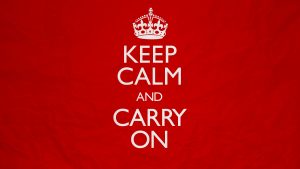 A stunned world is asking how Britain could vote for angry nationalism over pragmatic internationalism. How could the once mighty British Empire be transformed overnight into a constellation of “Little English” islands, themselves bitterly at odds over their country’s place in the world. The simplest explanation is that British sense and sensibility is stoked by pride and prejudice. Everyone got that wrong. The bookies, the bankers, the pundits, the pollsters. The Greek tragedy that struck a mortal blow to the ideals of European unity and threatens the post-1945 Western alliance had nothing to do with Greece. But everything to do with technology, the populism of fear and David Cameron’s insular misreading of his country’s soul and psyche.
First, the political pollsters that assured Remain would win, relied on analog research methodologies that randomly call representative landline phones. The future of accurate polling is driven by Internet technologies, mobile phone and research gaming apps not harnessed by the majority of Brexit polls.
Second, the popularity of the populist “BeLeave in Britain” movement is a victory for those justifiably fighting plutocracy and a global system favoring the few over the many. They took advantage of the third referendum in UK history to punish the status quo. Or perhaps not. The Brexit is a caustic forbearer of rising nationalist tides on the Continent, the United States and across the world. Boris Johnson and Nigel Farage played the ultimate of demagogues; scapegoating immigrants, promising bombastic social reforms, the bigotry of restoring a “muscular defense” of Christian values and the “sun never sets on the British Empire” nostalgia. All code for the past with no tangible plan for the future.  It worked.
Most importantly, David Cameron played a dangerous game of politics that cost him far more than his job. History will chronicle this historic referendum as a vital inflection point for the West. According to The Financial Times, the 17.4 million Leave voters unveil the cavernous divide between “town versus country” demographics. London, with its more affluent, better-educated and ethnically diverse population, delivered the largest pro-EU support. But London accounts for only one-fifth of Britain. The bulk of the population resides in small cities and towns, which overwhelmingly voted to leave. They are less affluent, older, hold fewer degrees and overwhelmingly identify as Britons not Europeans.  London is the outlier. Unlike most European capitals, London does not have the suburban sprawl that blends urban and rural sensibilities.
Perhaps the most insightful harbinger is that the areas where large numbers of voters do not hold a passport voted overwhelmingly to leave. The nationalistic passions and twentieth-century memories of war have not faded. They are deeply ingrained among the English working classes that no longer remember why Europe is important. The top Google Trends search in the UK the morning after the referendum was “What is the EU?”
It is ironic that the British Empire amassed its great wealth and power by conquering and exploiting foreign labor and resources. The English never really traveled beyond their shores. Their naval armada, monarchs, and industrial titans did. That exploitive version of Empire seems acceptable to leave voters, themselves living a parochial English life wrapped in the tourniquet that life was better then. When all those “foreigners” arrived on English shores armed with global worldviews in a global world, the Brits pulled up the drawbridges. The “BeLeave in Britain” propaganda imagery of Churchill, spirit of Dunkirk and horrific immigration poster Nigel Farage unleashed in the final days of campaigning, tapped that xenophobic, conservative sensibility, long at odds with European unity. European Parliament President Martin Schulz called it scandalous. On some level, it is.
These very distorted anxieties about the loss of empire and influence on the global stage among the English working classes were clearly driven by the issues of immigration and race. Why is this surprising? After all, it was David Cameron who told Parliament in July 2012 he would override Britain’s EU treaty obligations to impose stringent border controls blocking Greek citizens from entering the UK. Again in 2015, Cameron suggested that it “might be better” for Alexis Tsipras to leave the Euro. This very referendum he announced in 2015 was a political ploy to appease voters with anti-immigration rhetoric.  It only fomented the isolationism as responsible for the Brexit as Johnson & Farage’s creepy hate mongering.
The historic Euroskepticism of the British Isles dates back to first century Celtic battles against the Roman Empire. For two millennia, this conflicted and often violent worldview among the British has morphed into a new chapter of nationalism. Only problem is that the world has moved on. Britons have chosen to return to an old world that no longer exists.
Downton Abbey was a fictional television series but one that captured the final days of the Empire, all 1% nobles employing the 99% in service. So if it is tea and crumpets, tins of beans and spotted dick the English want, let them at it. Let them fight the spirit of William Wallace haunting another Scottish independence movement. They’ll need far more than that to warm themselves against the long winter of discontent that awaits them. Populism is popular until it gets elected. Then the populists have to make decisions. Let us hope UKIP represents both the town and country they have “taken back.” That the rest of world watches carefully. And that Britons actually learn what the EU is. Or was. Or might have been had they chosen to Keep Calm & Carry On reforms together.