GRNews
GreekReporter.comGreeceBlack Anniversary: One Year Since the Referendum and Capital Controls

Black Anniversary: One Year Since the Referendum and Capital Controls 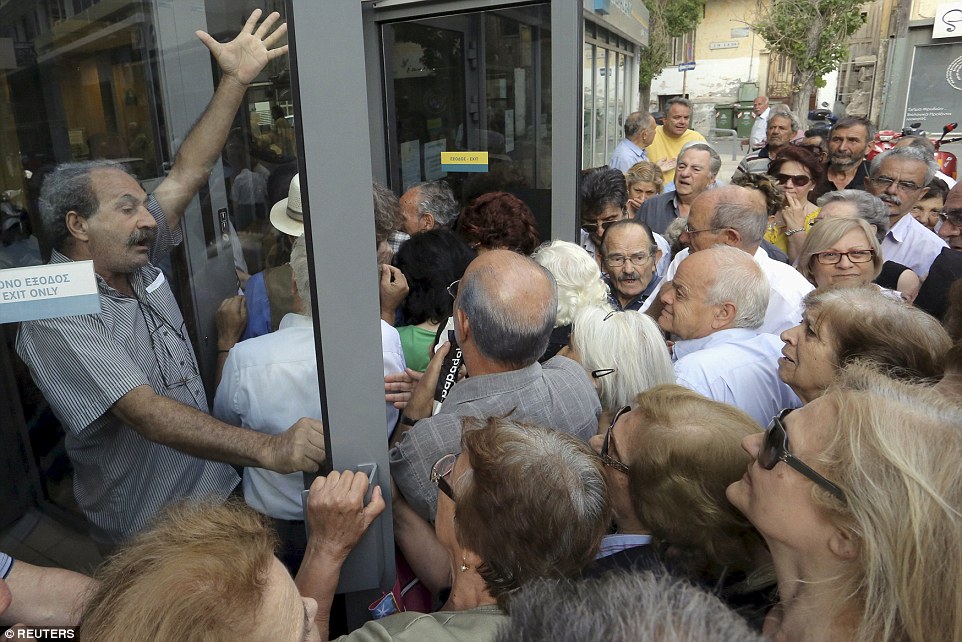 On the morning of June 26, Prime Minister Alexis Tsipras invited his entourage of ministers to the 25th floor of the hotel where the Greek delegation to Brussels was staying. Ahead of the European Council, his ministers – Nikos Pappas, Yiannis Dragasakis, Yanis Varoufakis, Euclid Tsakalotos – gathered together, leaving their cell phones in a metal box outside the room.
A haggard, tired Tsipras, announced his intention for a referendum. “The situation has reached a deadlock. They gave us an ultimatum,” he said, discouraged by discussions that showed that regardless of what Greece was willing to agree to there would always be something more that would be required. “I don’t have the mandate to make such an agreement.” He said that society would need to rise up and stir the international community.
Tsipras warned against a leak and stressed that the announcement would be made in the dead of night. Other ministers were shocked, however Nikos Pappas was the only minister who was not surprised. None of the ministers opposed the decision for a referendum. Questions focused on details concerning the date when the referendum was held. The meeting ran for 10-15 minutes and was held in a climate of gloom.
The July 5 referendum resulted in a victory for “No” to the harsh bailout terms, despite the fear and uncertainty that the imposition of capital controls would have on Monday, June 29, 2015.
A year of capital controls
Capital controls are no longer as restrictive as when they first started, causing long lines to form outside banks as people rushed to withdraw cash in panic. Nonetheless, business activity continues to be low as a result of these with a great deal of uncertainty on the market.
Since the imposition of capital controls, 25,990 businesses have folded (15,409 of these in 2016). A reduction in business activity includes a decrease in new businesses by 3,000 compared to the same period of 2015. Exports have dropped by 11 percent, and Greece has dropped 6 places in competitive rankings since the restrictions began.