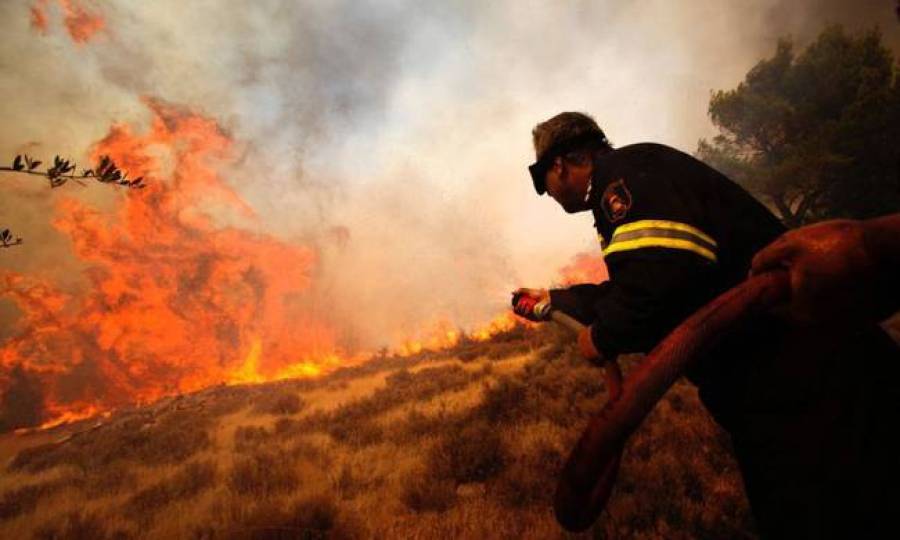 Around 1,500,000 square meters of land were reduced to ash as a forest fire spread around the second peninsula of Chalkidiki, northern Greece. The fire started at 13:10 (local time) at the Chondri Rahi area, and raged uncontrollably before it was brought under control by the fire brigade and volunteers who rushed into action, surrounding the burning areas.
More than 60 firefighters and 26 others used 25 fire trucks to bring the fire under control, while four aircrafts and three helicopters worked to put out the flames.
Fears, however, continued that the fire would be fanned. Areas around Porto Carras Grand Resort, including some employees’ homes far from the main hotel areas, and farm land were burned.
The fire swallowed olive trees and shrubs as it raged for three hours before being brought under control.
The road heading towards the Marmara settlement was closed to those heading south.