Greek Church Prays for LGBT Abnormality, Ahead of Thessaloniki Pride 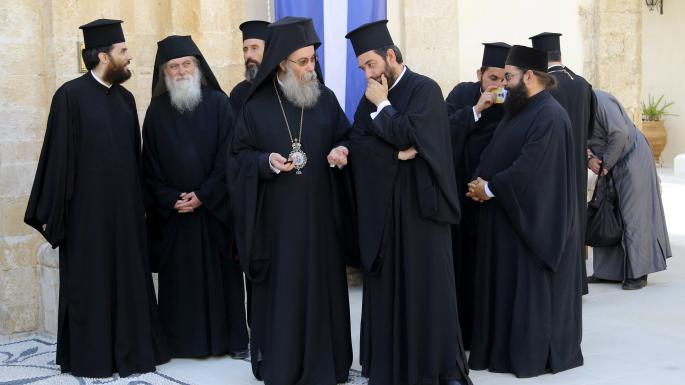 Members of the Greek Orthodox Church held an all-night prayer vigil on Thursday, ahead of the Thessaloniki Pride Festival due to take place at the capital of Macedonia from June 24-25. The festival has been denounced by church members as a “festival of abnormality and dishonor.”
Church spokesman Father Stephanos said that the vigil is a “clear response to an event and class of people whom we cannot accept, not because they are evil but because their actions go against the teachings of the Bible and New Testament.”
Measures in Thessaloniki have been boosted in fear of reactions between church zealots and the city’s large gay community. The church’s official position warns against violence in retaliation for the festival, however some church members have been very vocal concerning the poster that advertised the event featuring Jesus Christ flanked on a cross with pink hearts reading “No Hate.”
In 2015, Greece legalized same-sex partnerships, three years after being fined by the European Court of Human Rights for failing to afford the LGBT community these rights. It was the last EU member state after Latvia to endorse gay partnerships.