Doctors Without Borders: EU's Refugee Policies are in Contrast to Humanitarian Values 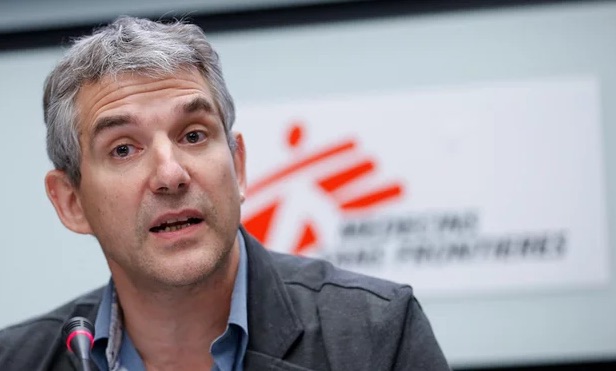 The refugee policies followed by the European Union are in direct contrast to its humanitarian values, the International Secretary General of “Doctors Without Borders,” Jerome Oberreit, told ANA-MPA in an interview on Thursday, just a few days after the NGO decided to stop accepting funding from any EU country or institution.
“The EU-Turkey agreement is the last in a long line of anti-humanitarian policies which the European governments discuss and spreading them in more than 16 countries (including Eritrea, Sudan, Somalia and Afghanistan — four of the top ten countries that produce refugees), with the sole aim of denying people the right to request asylum. This was the limit for the ‘Doctors Without Borders’,” Oberreit told the news agency. He said the deal with Turkey not only worsens the refugee crisis, but it also endangers the actual notion of the refugee. “We cannot receive funding from governments or institutions whose policies cause so much damage,” he added.
Oberreit also noted that the agreement may also trigger a dangerous domino reaction, whereby countries welcoming refugees around the world and are caring for people who were forced to flee their homes is optional and they can buy their way out of providing asylum.
“There is a need for a European asylum policy that reflects the term ‘asylum’ and not be equivalent to the term ‘rejection’,” he noted.
Asked about the impact of the NGO’s decision to reject funding from the EU, Oberreit said their operations will not be affected. “While we will have approximately 60 million euros less than our estimated revenues, we have reserves, which are there firstly to allow us to react to unforeseen events and also to allow ‘Doctors Without Borders’ to withstand recessions,” he said.
Commenting on the Greek asylum system, the head of the NGO said it is “completely overloaded” with thousands of people trapped in the country, without access to the asylum process. “This has dramatic consequences. If they cannot apply for asylum, they cannot apply for relocation or family reunification in other European countries,” he explains, noting that without the option of asylum, they are essentially forced — due to purely administrative reasons – – to remain in Greece and live in poor conditions, completely dependent on humanitarian aid.
To resolve this problem, he continued, Greece and the EU should establish group protection, change the relocation process to bypass the asylum system, and put in place rapid procedures for vulnerable cases. “This is not a Greek problem, it’s a problem for all of Europe,” Oberreit said, adding that if Europe and Greece don’t make the system more effective, refuges will be pushed into the hands of traffickers, resulting in more deaths.
(source: ana-mpa)

The Greek Orthodox Church is blessed with rich, colorful and symbolic Easter traditions that Greeks have followed for centuries.
Greece