TechNews
GreekReporter.com Greece Twenty Years Since the Death of Andreas Papandreou, the Man Who Changed...

Twenty Years Since the Death of Andreas Papandreou, the Man Who Changed Greek Politics 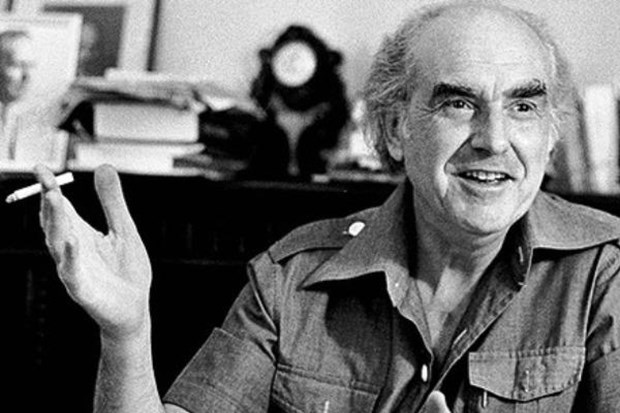 It’s been 20 years since the death of Andreas Papandreou, the former prime minister of Greece and PASOK founder, and for many, the man who changed Greek politics.
Being the first proclaimed socialist prime minister of Greece, Papandreou’s policies generated sworn enemies, but many more admirers. In 1981, he based his winning campaign on a militant ticket that stood against the right-wing, the European Union (European Community as it was called then) and NATO. Yet, he never fulfilled his promises to pull Greece out of the EU or NATO. And sooner than later, his self-professed socialist cabinet proved to be mired in money scandals and lush living.
His followers called him “Andreas” because they identified with him. He was smart at hiding his aristocratic background and his time as Harvard professor in the U.S. by assuming a persona of a fighter for human rights and social justice. People loved him and supported him even when his financial scandals were exposed.
Nevertheless, he continued to be a people’s person. When he divorced his wife to marry a much younger air hostess, he became more of a hero for many. It would be safe to say that many Greeks lived through him.
Papandreou was a true charismatic leader who modernized Greek society in many ways. He created the National Health System and built many health centers, he gave more power to the parliament, he introduced civil marriage and gender equality, he abolished the antiquated dowry tradition. Overall, he used the funds from the EU development packages to create a welfare state, which was not devoid of corruption, cronyism and lack of meritocracy.
In his efforts to become more popular, he gave more authority to unionists and university students. As a result, Greek universities became lairs of anarchists and other anti-social groups. He gave many early pensions and raises to pensioners, and as a result the social security system collapsed as the country has more pensioners than people who actually work. He inflated the public sector by hiring far too many employees, thus creating a labyrinthine bureaucracy that made state agencies dysfunctional and unfriendly to the people.
For many, Papandreou was the last great politician Greece had. The fall of PASOK is mainly due to the fact than no leader of the historic party has been nearly as popular as he. His picture featured on the party’s election campaign posters for years after his death. His son’s efforts to capitalize on the Andreas legacy brought him to power in 2009, but George Papandreou‘s administration collapsed after the onset of the economic crisis about a year later.

The Greek Genocide as Recorded in US Navy Diaries

Athens’ Iconic Syntagma Square to be Transformed into Sustainable Area