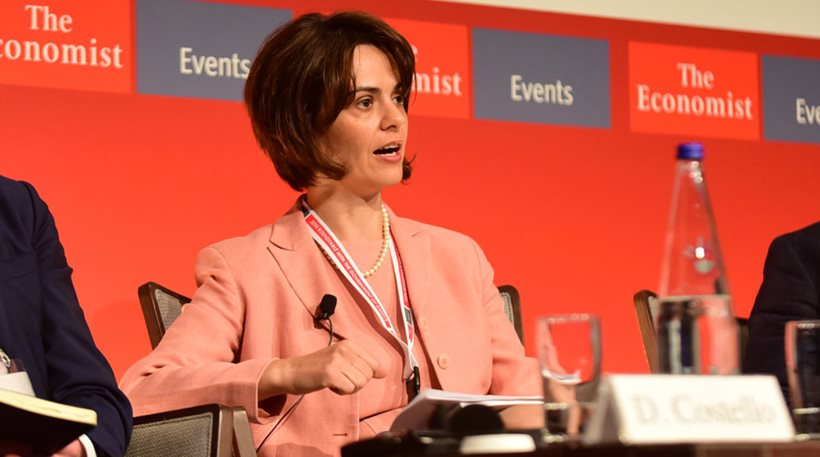 International Monetary Fund (IMF) representative Delia Velculescu said that Greek debt is not sustainable, during her address at the Economist Conference in Athens. “Greece needs substantial debt relief,” she said, adding that the IMF is participating in discussions and is committed to participating in the program funding but will only do so if Europe pledges debt relief measures that are compatible with the IMF’s survey on sustainability.
Velculescu pointed out that the Greek program had very ambitious primary surplus targets, while reforms were limited in taxation and pension cuts. She argued that structural reforms were necessary so that the Greek economy could be stabilized.
Velculescu noted that “we have proven that measures don’t need to be front-loaded prior to 2018, but it is necessary to assess whether the measures being proposed are according to our analysis for the viability of Greek debt.”
European Commission Representative Declan Costello was optimistic over the success of the Greek program, adding that the second review would be challenging. He said prior actions would need to be voted by December 11, 2016, however, he did not specify the timetable of the review. He was optimistic that there was no risk of a haircut in deposits.
Greek Deputy Finance Minister George Chouliarakis also took the stand at the Economist conference, pledging that Greece would honor its commitments on primary surplus even though the Greek government would have preferred lower primary surplus targets (1.5-2 percent of the GDP in the long term).