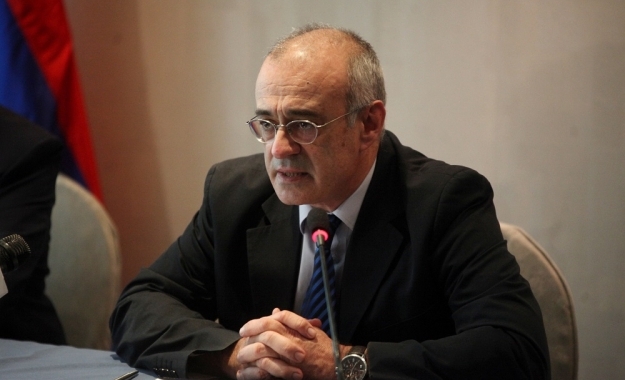 Greece’s location in the Mediterranean can offer foreign investors a geopolitical boost, said Deputy Foreign Minister Dimitris Mardas.
The deputy minister spoke to CNBC during the St Petersburg International Economic Forum (SPIEF), stressing the importance of Greece’s strategic location in bringing in investments.
“We’re trying to attract investors, not only from Russia but from all over the world, who can invest in many areas because Greece has a dominant, strategic place in the whole of the Balkans, Turkey and Middle East. So this geopolitical factor is the main determinant factor for foreign investors,” Mardas told CNBC.
The deputy spoke about the privatizations Greece is required to make as part of the bailout agreement: “… privatization is one of the tasks of our ministry, to attract foreign investors in Greece. We present many opportunities in many areas – not only in energy, foodstuffs and tourism but in other areas such as aerospace and mechanical engineering, for example,” he said. He further said that Greece can be turned into a “logistics hub,” as it has many ports.
Greece has sold the majority stake of the Piraeus Port Authority (OLP) to Chinese giant COSCO, 14 regional airports and the plot of the former Athens airport at Elliniko as part of its privatization program.
“Our main goal now is how we can see the recovery of the economy and which way growth can come to Greece,” he said.