IMF Chief: No Decision on Greek Debt Relief Yet 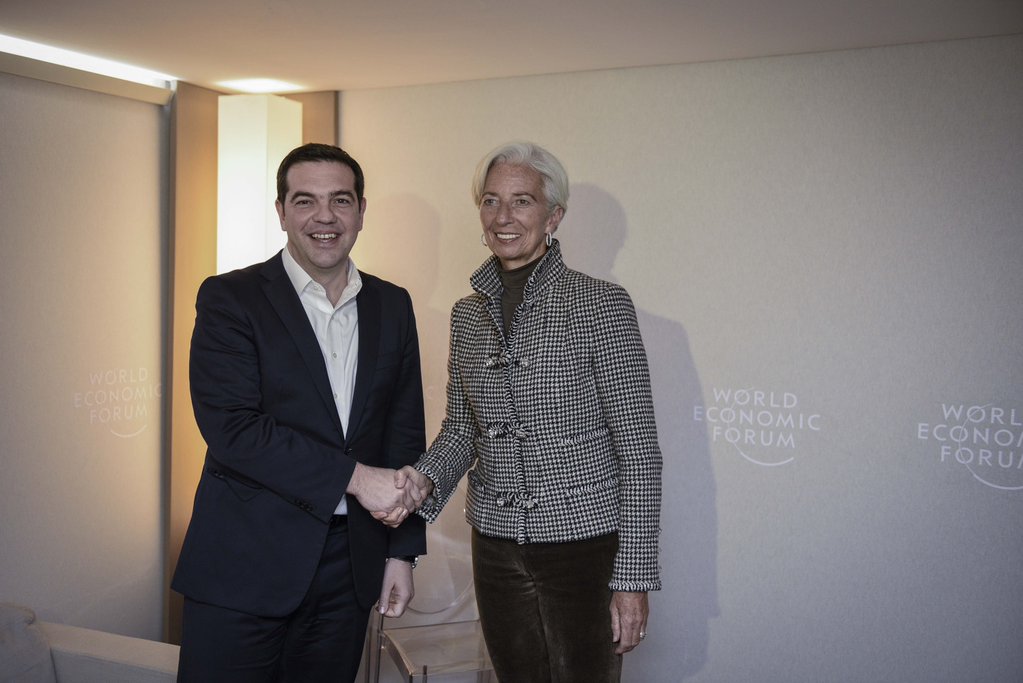 A new analysis of the sustainability of the Greek debt before the end of the year would determine whether the International Monetary Fund will participate in Greece’s bailout program, said Managing Director Christine Lagarde.
Speaking to reporters on the Greek program, Lagarde said the Fund, along with its European partners, will examine the macroeconomics data of the execution of the Greek program, the country’s economic growth, the progress of the reforms and then draft a new resolution for the sustainability of Greek debt, before taking any decision.
When asked to comment about the agreement between Greece and European creditors on debt relief — since she was absent from the May 24 Eurogroup session — Lagarde replied: “What debt relief?” Then she clarified: “This is part of my answer.”
Eurogroup President Jeroen Dijsselbloem said that an IMF representative was present at the last meeting of euro zone finance ministers and what Lagarde said about the debt sustainability analysis was part of what was agreed between the European institutions and the IMF on May 24.
Dijsselbloem further stated that the communiqué of the meeting includes specific points on the interventions to be made on the Greek debt (debt related operations) requested by the Fund as an admission that Athens needs debt relief and that the target of a 3.5% primary surplus for a long time is not realistic. He stressed that a series of concrete steps and measures will be decided in the future.