Varoufakis: Greeks are Depressed and Homeless 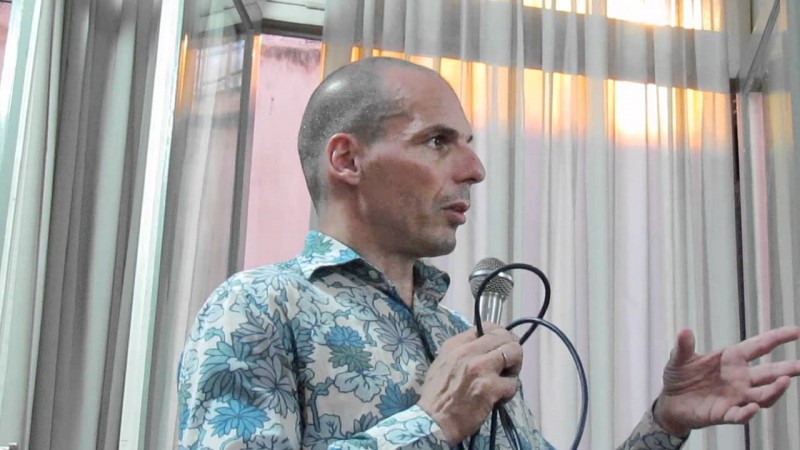 Speaking at the first day of the INSP Global Street Paper Summit in Athens on Tuesday, the charismatic and controversial former Greek finance minister Yanis Varoufakis “diagnosed” the country as suffering from “an economic and psychological depression” from which it would be unable to emerge without help.
Referring to his sensational half year at the helm of Greece’s finance ministry, a roller-coaster ride that began in euphoria and ended with capital controls, Varoufakis said that division within the then government was to blame for the failure of the negotiations with the country’s creditors and the dashing of voters’ hopes.
As a result, Greece was now struggling with “depression, economic and psychological, and anger,” he said.
According to the economist and former minister, the question was how to convert this depression and anger through a political process into hope.
“I very much fear that we cannot do this on our own in Greece. I fear and hope that this is a systemic crisis throughout Europe. It is not a Greek crisis. The question is whether we here in Greece can form alliances with political forces in all of Europe, in order to put pressure on the political system to deliver a new deal,” he said.
During his speech, Varoufakis revealed that one of his proposals to the creditors during the 2015 negotiations had been the formation of a “bad bank” that would allow Greek banks to take non-performing loans off their books and clean up their loan portfolios, so they were once again able to lend to profitable businesses. According to Varoufakis, the troika showed absolutely no interest in this proposal and insisted that banks quickly offload problem mortgages to distress funds, which would then “chase after the owners, evict them, foreclose properties and put them up for auction.”
This would have led to an “explosion” in the number of homeless people in Greece, Varoufakis said, predicting that the foreclosures that will begin in the next three or four months in the country will be “rapid, vile and brutal, making the problem of homelessness in Greece even more acute.”
This modern version of homelessness, he added, was part of Europe’s denial of a need to change the architecture of the economic system and introduce a “new deal” on a macroeconomic level, like that offered by U.S. President Roosevelt in 1933. He also commented on the turmoil in France over labor issues, saying this was the extension of policies first imposed on the deficit countries in the periphery of Europe to countries at the core, like France and Germany.
Talking about the refugee crisis, Varoufakis was deeply critical of the EU-Turkey agreement, calling it “scandalous” and “something of which we should be collectively deeply ashamed.” What Europe had done, according to Varoufakis, was to “bribe an imperial Turkish president that attacks his own citizens” with six million euros, in order that “he allow the EU to violate international law.
(Source: ANA-MPA)