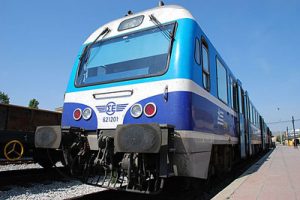 Repeated three-hour work stoppages by railway staff on Tuesday, Wednesday and Thursday are expected to seriously disrupt rail services throughout the country during the week, with multiple cancellations and changes to scheduled train journeys, including services to Athens International Airport.
The disruption will continue into the following week as well, with more work stoppages planned on Tuesday week and a 24-hour strike on Wednesday, June 22.
The staff have announced three work stoppages a day on June 14-16 and on June 21, from 5-8 a.m., from 1-4  p.m. and from 9 p.m. to 12 midnight.
The strike will affect the country’s entire railway network, including the Proastiakos suburban railway serving Athens, the airport and going as far as Kiato in the Peloponnese. The strike will also affect the buses from Kiato station to Patras.
The strikes are being held in protest against plans to privatize the trains operator TRAINOSE and the Hellenic Company for Rolling Stock Maintenance SA and peak on June 22, when a deadline for submitting binding offers in tenders for the two companies expires, and plans to transfer the Greek Railways Organisation (OSE) to a new privatization agency.
TRAINOSE has already stopped booking tickets for the trains and routes affected by the strike action.
Source: ANA-MPA

The monsters of Greek mythology form the very concepts of terror for us. The creatures Scylla and Charybdis are no exceptions to this rule.
Diaspora