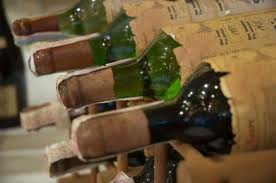 Higher excise taxes on alcohol and tobacco are forcing consumers to turn to contraband products and subsequently lead to reduced state revenues, industry experts say.
The imposition of the special consumption tax on alcohol products (EFKOP) has prompted many Greeks to switch to alcohol sold in bulk, which is not taxed. In the past six years, tax on alcohol has gone up 46 percent.
This, in turn, has resulted in a 3.5 percent drop in state revenues from these products in 2015, compared to 2014 figures. Industry experts say that 65 percent of the price of an alcohol product is taxes.
According to industry figures, sales of alcoholic beverages have dropped 50 percent in the 2008-2015 period. The imposition of the consumption tax on wine since January this year has also led Greeks to purchase wine in bulk.
At the same time, the imposition of a special consumption tax on tobacco has caused a spike in illegal trading – one in every five cigarette packs sold in Greece is contraband. In 2015, 634 million cigarettes were confiscated with state revenue losses at 75 million euros.