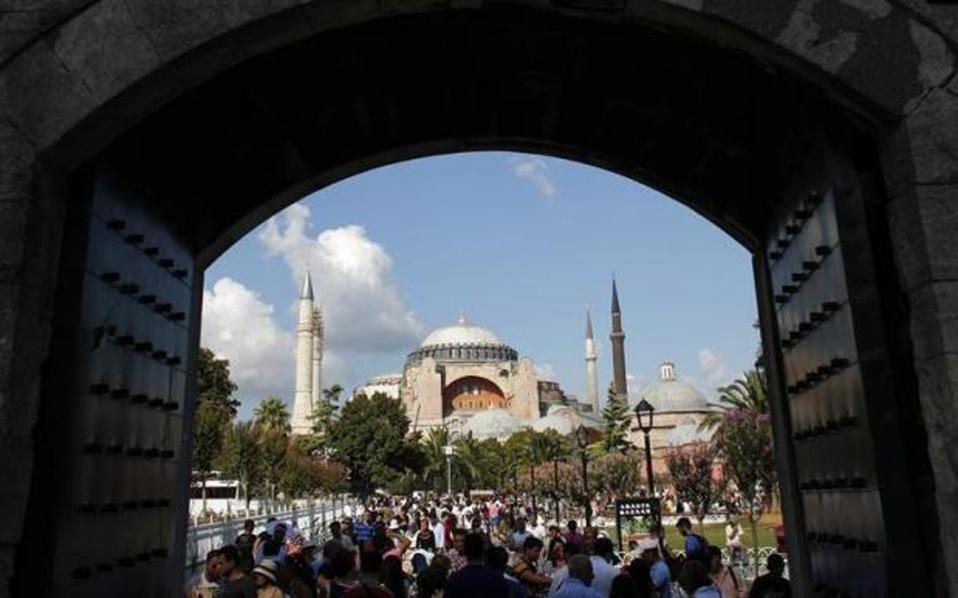 Turkey should respect the traditions in regards to the Hagia Sophia in Istanbul, U.S. State Department Deputy Spokesperson Mark Toner said in a briefing for foreign reporters.

The statement came after Turkey decided to hold ceremonial Koran readings in the church for the 30-day duration of the Muslim Ramazan, starting on June 6. Hagia Sophia is operating as a museum for the last 85 years and is a UNESCO cultural heritage monument since 1985.

“We know that Hagia Sofia is a place of exceptional importance,” Toner said, using the Greek name of the monumental Orthodox church. “We have called on the Turkish government to keep it so that its traditions and its complex history are respected,” he added.

Reportedly, Archbishop of America Demetrios and important members of the Greek American community have approached officials in the White House and Congress, asking them to condemn the Ankara action.