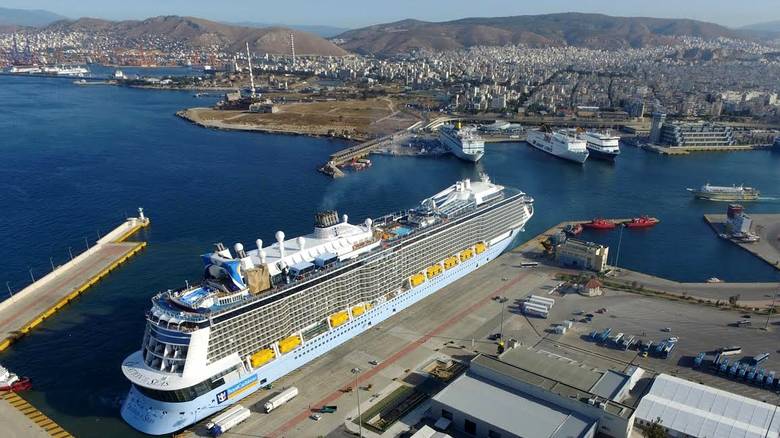 Eight cruise ships carrying more than 9,700 passengers scheduled to dock at Piraeus Port on Saturday might not anchor at all if dock workers continue their strike.
The port unionists are on strike for three weeks now and their protest action is culminating ahead of Piraeus Port Authority’s (OLP) extraordinary general meeting on Friday for the approval of the contract for OLP’s concession to Chinese company Cosco Pacific, according to a Kathimerini report.
The financial losses for the company and for the greater economy, including the City of Piraeus, suppliers, and businesses around the port and other tourist sites are significant. The strike also undermines Greece’s efforts to attract more cruise tourism.
The Kathimerini report says that Holland America Line, a Carnival Corporation subsidiary, is scheduled to have three vessels dock in Piraeus on Saturday. The company has sent a letter to OLP and Cosco warning it could exclude Piraeus from its itineraries in the future and calling on the authorities to find a solution.
The warning follows others from operators such as TUI Cruises, and those sent to the government by associations of the cruise tourism sector. It is estimated that the total losses up to this weekend alone from the continued strike of Piraeus port workers will come close to 20 million euros for all parties involved, while the port is in danger of losing its credibility.