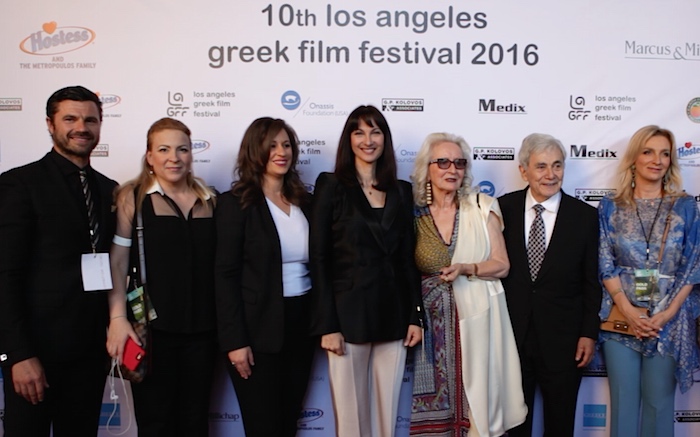 The 10th Annual Los Angeles Greek Film Festival had its best and most star-studded night yet at the closing night Orpheus Award ceremony on June 5th, at the Egyptian Theater in Hollywood.

The night was hosted by actress Mena Suvari, who is Greek-Estonian, and was followed by a catered after party for all the event’s guests.

Other Greek names in Hollywood who made it to this year’s festival include Christos Vasilopoulos, Evan Spiliotopoulos, and Yorgos Karamihos. The festival has been growing in size and importance since its beginning in 2007, and this year the organizers celebrated 10 years of Greek cinema and filmmakers in Hollywood.