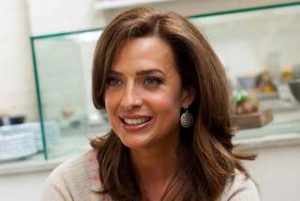 While working at Channel 7, journalist Helen Kapalos found that Australia’s unregulated black market was allowing a situation where dealers where able to take advantage of sick and desperate people searching to illegally purchase marijuana for medicinal purposes.

Kapalos set out on a mission to uncover the truth about medical marijuana and the black market for cannabis oil in Australia.

“I did a crazy thing. I went to the bank and told them I was renovating my kitchen…They gave me an $80,000 redraw and although it might have seemed a bit foolish I just got cracking,” Kapalos told an audience at the 2015 Medical Marijuana forum at Beth Weizmann.

All of her hard work and determination has come to fruition as her self-funding and online crowdfunding campaign raised enough funds to produce her documentary, A Life Of Its Own.

The world premier of A Life Of Its Own will be screened on June 18 at the Palace Cinema Como in Melbourne.

When speaking of the project at the Medical Marijuana forum at Beth Weizmann in 2015, Kapalos spoke of her work and how she had interviewed doctors, patients and researchers in Australia, Israel as well as across the globe in order to better understand how countries with regulated medical marijuana function.

“This feels like the most important thing that I have ever done in my life,” Kapalos said.

For more information about attending the screening of A Life Of Its Own see: http://www.hotdocsoz.com/films/a-life-of-its-own-the-truth-about-medical-marijuana