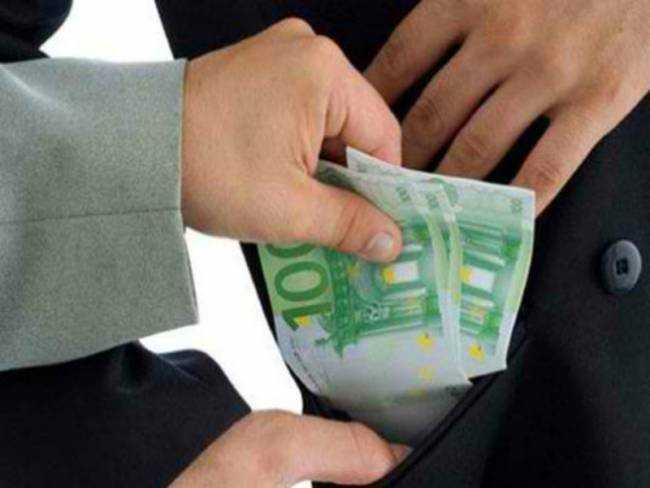 Greece ranks fourth on the list of most corrupt developed nations in a study conducted by Business Insider using data from Transparency International and the Organization for Economic Co-operation and Development (OECD).
The survey was conducted among the richest democratic OECD-member countries, and shows those with the highest levels of corruption.
Greece ranks fourth, right after neighbor Italy, with Mexico being the most corrupt country on the list and Ireland at the bottom.
The most corrupt countries in the developed world are:
18) Ireland
17) Japan
16) Chile
14) France – France has become slightly less corrupt over the past year
13) Portugal – In a survey by Ernst & Young, in June 2015, 83% of Portuguese people said that corruption and bribery is widespread in the country, and in 2014, former prime minister Jose Socrates was arrested on suspicion of tax fraud and money laundering.
12) Poland, according to the Transparency International report on corruption, nepotism and favoritism practices are widespread.
11) Israel – the poorest OECD country is also one of the most corrupt. In May 2015, former prime minister Ehud Olmert was convicted of illegally taking more than $ 150,000 by an American tycoon.
10) Slovenia – There have been several high-profile corruption scandals in Slovenia in recent years. For example, in 2013 and 2014, there were mass demonstrations against Prime Minister Janez Jansa and opposition leader Zoran Jankovic because he had been accused of failing to properly declare their personal assets.
9) Spain – Before the recent re-election, Prime Minister of Spain Mariano Rajoy was accused of corruption by prominent personalities of the opposition.
8) Czech Republic – The score seems to reflect the end of a major political corruption scandal that in 2013 forced prime minister Petr Necas to resign.
7) South Korea – The corruption was a big issue in South Korea in 2015, with Prime Minister Lee Wan-Koo being forced to resign in April after being accused of corruption in the suicide note of a prominent businessman.
6) Hungary – The practice of bribes to doctors and surgeons is widespread in the country.
5) Slovakia – In recent years, politicians, officials and business executives were accused of corruption and venality.
4) Greece – Corruption in Greece has fallen from last year’s survey, with the country scoring 46 points compared to 43 last time. The practice of the “envelope,” a colloquial term for bribes in order to have better service in the public sector is reportedly widespread in the country.
3) Italy – Corruption in the third largest economy of the euro zone is often associated with former Prime Minister Silvio Berlusconi, who has been accused of corruption several times, was convicted of tax fraud in 2013, and was found guilty of bribing a senator in 2015.
2) Turkey – Turkey ranked as the most corrupt country in Europe. In 2013, the country was rocked by a huge scandal involving the director of a state bank, and many senior business people allegedly involved in bribery, fraud, smuggling and money laundering.
1) Mexico – By far the most corrupt country in the OECD is Mexico, scoring just 35 points.