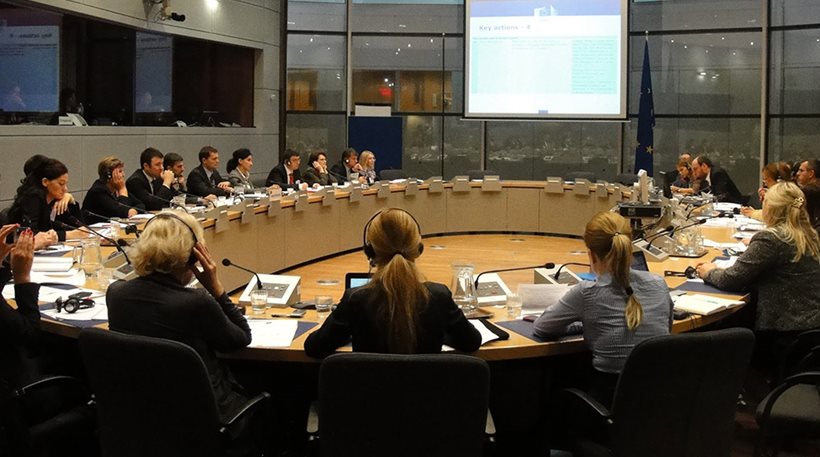 The  Euro Working Group (EWG) meeting on Monday gave the green light for the disbursement of a 7.5-billion-euro bailout tranche to Greece provided that loose ends are tied up by Tuesday. The decision, based on a compliance report compiled by Greece’s creditors (European Commission, European Central Bank, European Stability Mechanism and International Monetary Fund) was generally positive, though unresolved issues such as privatizations were noted. Greece has 24 hours to tie up loose ends before the EWG approves the full adoption of the Greek program review by the institutions is approved.
Open matters include the privatization of the old airport at Hellnikon, the transfer of 5 percent of the Greek Hellenic Telecommunications Organization (OTE) to the Hellenic Republic Asset Development Fund, whereas other issues such electricity pricing, bank administration restructuring, social security issues, civil aviation reforms and regional airport privatizations are being moved to September.
The first green light from the EWG is not the final approval that is necessary for the disbursement, but it paves the way for the process to pass through national parliaments of member states with voting required in Germany, the Netherlands, Slovakia and other countries. The European Stability Mechanism will also need to give its approval at its next meeting during the Eurogroup/Ecofin meetings of June 16-17. The tranche will be made available to Greece immediately afterwards.
Finance Ministry sources state that the tranche will be disbursed by the end of June.