Exhibition of Traditional Costumes in Manningham Convention Centre in Bulleen 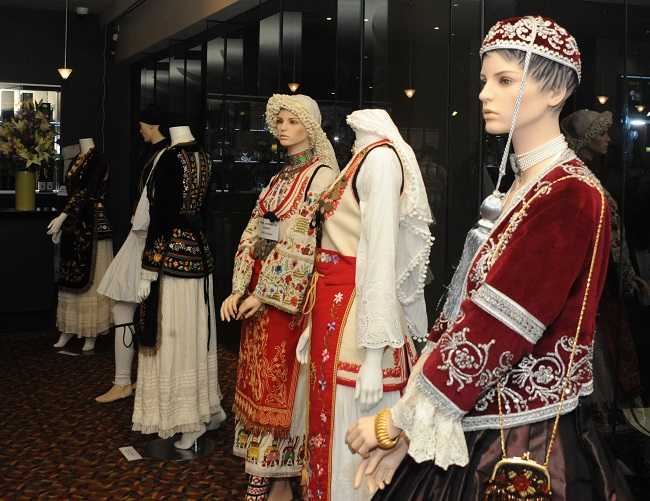 The exhibition of traditional Greek costumes organized by the Administrative Council of the Pankorinthian Association of Melbourne and Victoria last weekend at the Manningham Convention Centre in Bulleen, left attendees with the best impressions.

The costumes, that stood out for their uniqueness, brought back memories from the regions of Corinthia and other regions of Greece. Every costume was handmade, and it was an exact replica of the costumes from the Peloponnesian Folklore Foundation in Nafplio.

At the exhibition on Saturday night, Apostolos Kounelis, chairman of the Pankorinthian Association, highlighted the importance of the costumes by saying that “the exhibition, adds a different note to our expatriate events. The traditional costumes are not theatrical costumes.”

Kounelis also added that “They [costumes] remind vividly our culture and history. The land we come from is rich in traditions. Therefore, let’s go to the trouble, since we have united our strength, to organize such events for our delight, but for future generations as well.

Later on, Aggeliki Siokou, member of the High School of Kiato and the Culture Association of Diminio, made a historical retrospection to the Greek “roots” through the traditional costumes. “The costume is of the most important element of the Greek folklore culture,” she said. “It triggers fantasy, it charms the soul and speaks deeply to the subconscious with its incomparable beauty. And for that, each piece has its own history, it becomes mythical and magical and imprints itself on us forever,” Siokou said.