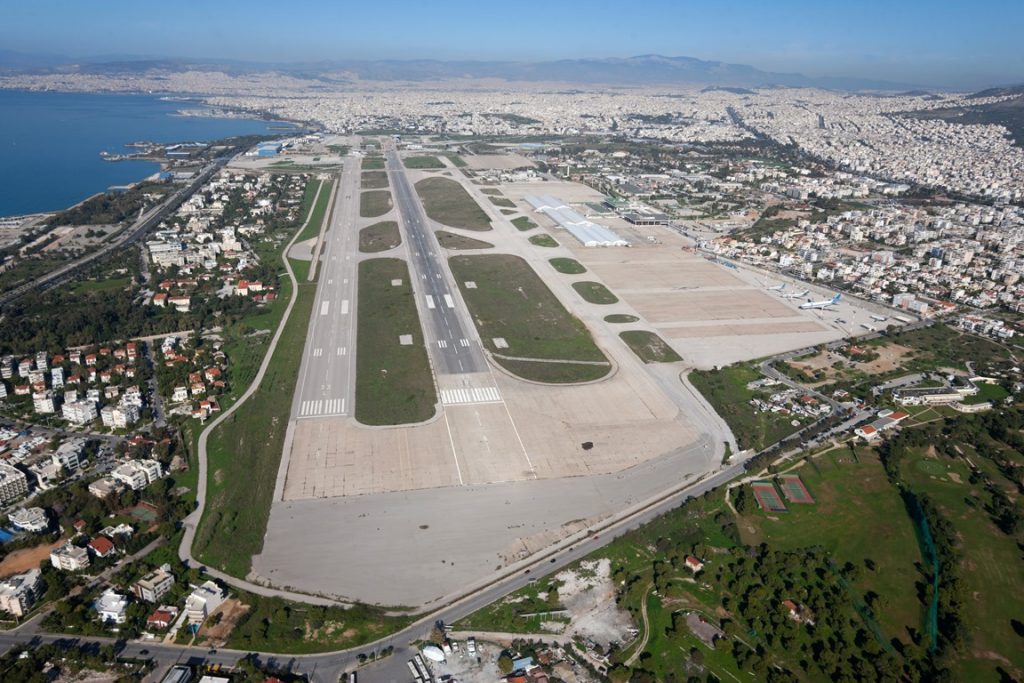 A bailiff appeared in Greek Parliament on Thursday to deliver a legal summons to Prime Minister Alexis Tsipras and Finance Minister Euclid Tsakalotos. The action was taken by leftist war hero Manolis Glezos, NGL/GUE MEP Nikos Hountis, former deputy Maria Bolari, unionists and other political figures. The complaint makes reference to irregularities and breaches in regard to the Hellenikon deal.
Hellenikon Global ISA, a consortium led by Lamda Development (a real estate developer controlled by Spiro Latsis) obtained a 99-year lease on the 40,000 square meter area of former Athens airport at Hellenikon. They paid €426 million for a lease that was valued at  €2.5 billion.
The deal is described as “illegal, harmful for the Greek State and without any real fiscal benefit.” The approval of the agreement leaves the state open to damage claims.