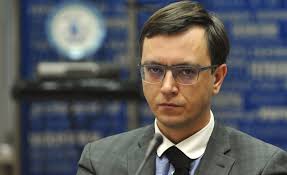 Ukraine and Greece discussed the possibility of creating a ferry service between the two countries, according to a statement by the press service and published on the website of the Ukrainian Ministry of Infrastructure.

Quoting the Ministry’s press release, “the parties discussed the possibility of establishing a ferry service between Ukraine and Greece. According to Volodymyr Omelyan, the implementation of such a project has a high trade-economic potential for both countries.”

In addition, the press service reports that Ukraine’s Minister of Infrastructure noted that Ukraine is interested in expanding bilateral cooperation with Greece in order to include matters such as bringing the legislation in accordance with the European Union (EU) requirements regarding the development of port infrastructure and safety of navigation.

In Odessa, the Minister of Infrastructure of Ukraine will take part in the International transport week and hold a number of bilateral meetings.

Successful Greek-Americans from all across the West Coast are being featured in a new YouTube series titled "Learn From the Greeks".
Greek Food