GRNews
GreekReporter.comGreeceMore than 110 Irregular Migrants Rescued off the Coast of Crete

More than 110 Irregular Migrants Rescued off the Coast of Crete 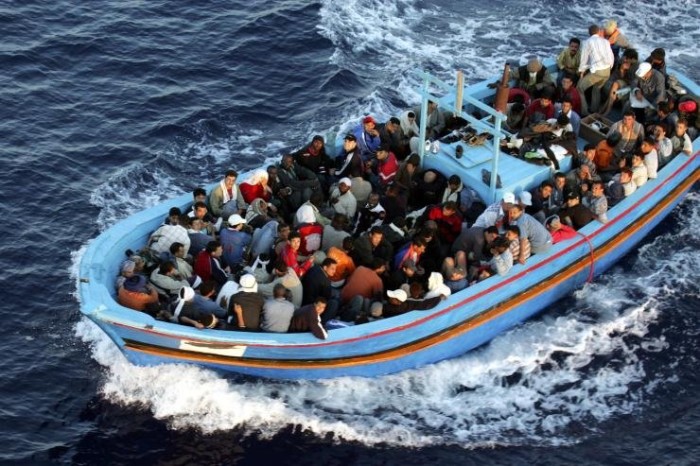 More than 110 irregular migrants, including 33 children, were rescued by the Hellenic coast guard from a sinking vessel spotted off the coast of Crete, Greece on Tuesday. Some of the migrants were collected by the coast guard, with the help of a ship from Iraklio and nearby private vessels, while others managed to get to the shore unaided.
The migrants were then put on a coach and taken to a site where their registration and identification could begin, while authorities looked for a site where they might be accommodated, finally taking them to an indoor basketball court in Neapoli.
Based on the migrants’ own report, they had set sail from Turkey three to four days earlier, bound for Italy. The traffickers had taken up to 8,000 euros per person but as the vessel was passing by Crete, they claimed the ship had developed engine failure and abandoned the migrants in waters off the coast of Milatos.
According to sources, one of the two migrant traffickers has been arrested. Meanwhile, a ship arrived at the port in the Cretan town of Sitia on Tuesday morning in order to carry more than 65 migrants that have been staying in Sitia’s port in the last few days, after they were abandoned by traffickers in the region of Kouremenos. All had undergone a medical examination, with doctors referring four children and three pregnant women to the Sitia hospital for observation and treatment.
(source: ana-mpa)