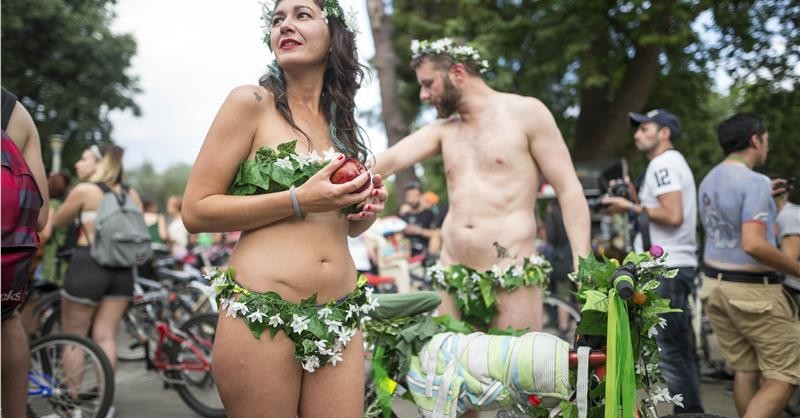 The 9th Naked Bike Ride of Thessaloniki makes a statement against pollution and violence again this year as hundreds of bicycle riders fling off their clothes, straddle their bikes and take to the streets of the capital of Macedonia, northern Greece. Thessaloniki is just one out of 70 cities hosting a naked cycling event on June 3, with the annual nudie-cycle fest growing in popularity. The event will kick off at 7 p.m. at Nea Elvetia Park (end of Harilaou, Papanastasiou).

A huge nudist party will follow the bicycle ride with plenty of happenings and other surprises making the event bigger and better than ever before.The party will take place at the Culture and Sports Multi-Center WE, behind the International Trade Fair’s grounds where the old ice skating rink is located.
Just in case you’re wondering how nudity, cycling and partying can combat pollution and violence, here’s what the organizers have to say: “We are dealing with car movement with our naked bodies as the best way of defending our self-respect and showing, in a symbolic way, how vulnerable we are against pollution and violence. To liberate ourselves from the role models suggested by the media, fashion and sex industries.”