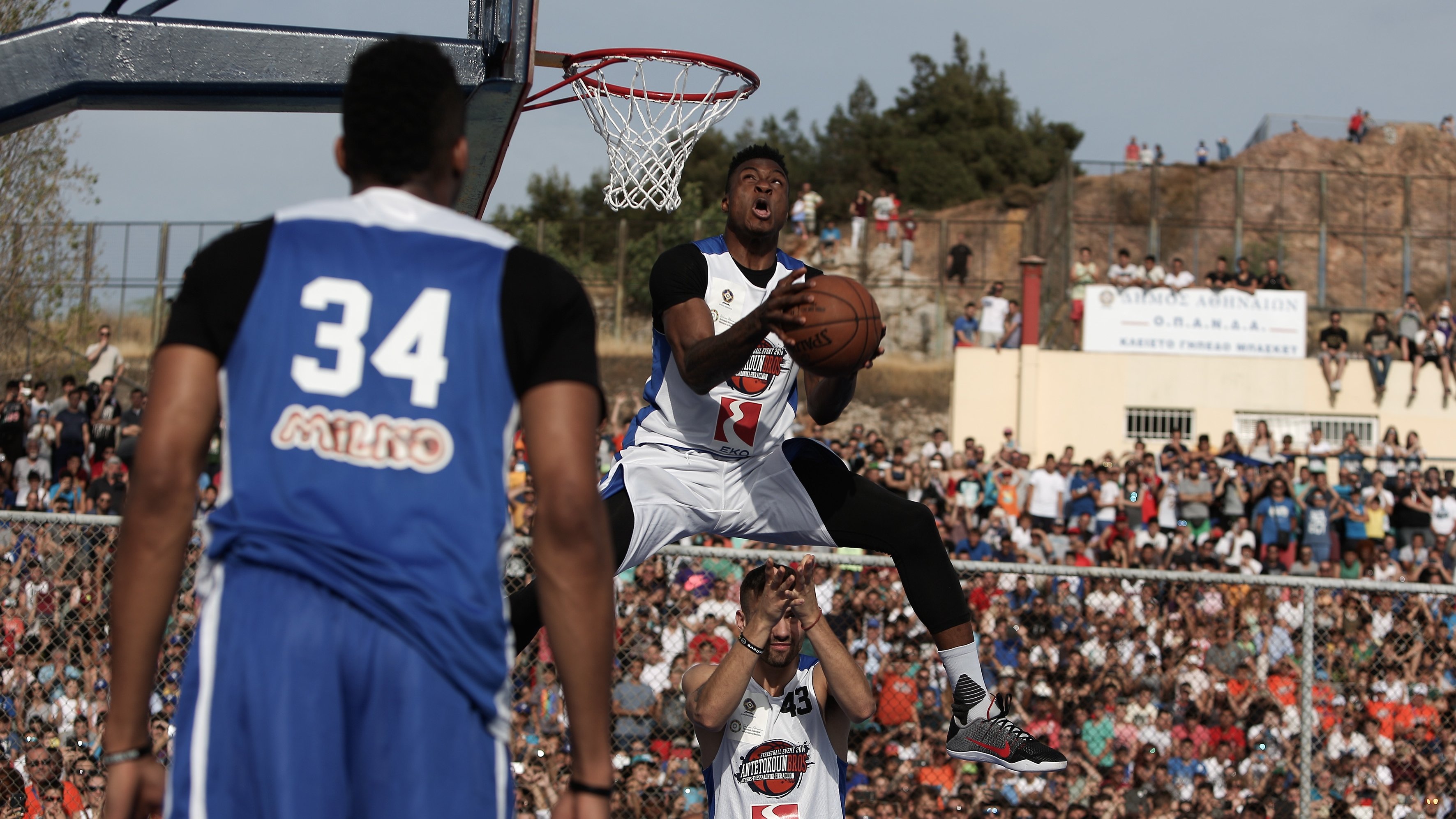 NBA stars Giannis Antetokounmpo of the Milwaukee Bucks and Kristaps Porzingis of the New York Knicks, offered a spectacular street-ball game in Athens on Sunday, commemorating the “Antetokounbros Streetball Event”.
Organized by eurohoops.net, the “Anterokounbros Streetball Event” took place in an open court in one of Greece‘s largest public high schools in Grava. Porzingis scored 21 points but was overshadowed by team member Thanasis Antetokounmpo, who scored 69. Giannis Antetokounmpo, Thanasis’s younger brother, led the other team with 64 points. The game ended in a tie (123-123) with no overtime.
However, the event’s aim was not to bring out a winner, but to promote healthy sportsmanship and love for the game itself. Apart from the game, the Antetokounmpo brothers laughed along with the crowd – which was estimated at about 5,000 people – gave out presents and hosted many competitions for the people who attended the game.
Thanasis Antetokoumpo, who last year earned a 10-day contract with the New York Knicks, currently plays for their D-League affiliate.