GRNews
GreekReporter.comGreek NewsEconomyPoll: Almost Nine in 10 Greeks are Dissatisfied With the Govt

Poll: Almost Nine in 10 Greeks are Dissatisfied With the Govt 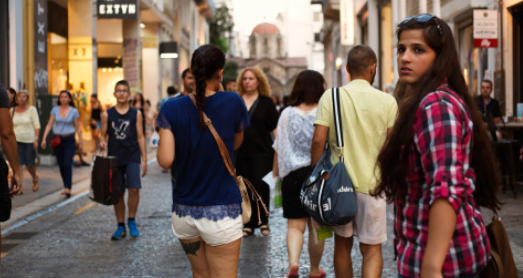 A new poll by the University of Macedonia on behalf of privately owned Skai TV found that seven in 10 Greeks believe that the government’s negotiation strategy led to delays in bailout review conclusions that were against the country’s interests.
The survey found that 72 percent of respondents and 54 percent of Radical Left Coalition (SYRIZA) voters felt that Greece emerged worse off from the long negotiations. Only 7.5 percent of those questioned believe that the country benefitted.
Voters were not impressed by the results of  the May 24 Eurogroup meeting. Four out of 10 felt that the decisions were not in Greece’s favor, whereas 29 percent said they were not aware of what had been agreed to, 22.5 percent felt that the outcome was neither good nor bad and 7.5 percent saw it as a positive outcome.
The main opposition conservative party, New Democracy (ND), had an eight-point lead in support, ahead of the SYRIZA ruling party, support for ND was at 25.5 percent, and SYRIZA at 17.5 percent. The ultra-nationalist Golden Dawn Party was third in support with 7 percent of votes in favor, the Communist Party had 5.5 percent support, followed by socialist PASOK at 4.5 percent, the Union of Centrists newcomers to Greek Parliament at 4 percent and the right-wing Independent Greeks (junior government coalition party) slipping below the 3 percent threshold along with To Potami.
Despite dissatisfaction with the government at 86.5 percent, 44 percent would prefer to see the coalition continue its four-year term whereas 41 percent would like snap elections.