Schaeuble Doesn't Rule Out More Measures for Greece in 2018 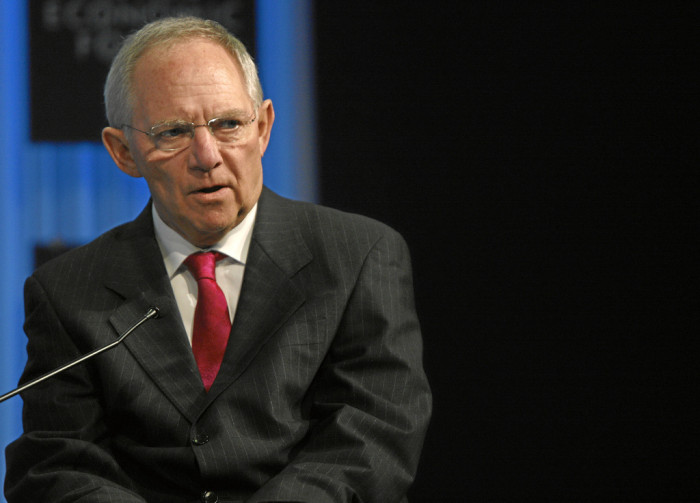 German Finance Minister Wolfgang Schaeuble on Thursday did not rule out the possibility of “additional measures” in 2018 to assist Greece financially. However, he expressed the hope that this will not happen. Schaeuble stressed that Greece has made great efforts and expressed confidence that the IMF will participate in the Greek program and reiterated that there is no disagreement between Berlin and the Fund.
Schaeuble said during a press conference that the Eurozone Finance ministers agreed that if there is a fiscal gap after the completion of the program in 2018, “additional measures” will be taken if necessary. He reiterated that the measures taken this week were for 2016, while those for 2018 will be taken at the appropriate time.
The German Finance minister also stressed that Greece has made “great efforts,” and admitted once again that he could not impose such reforms on Germany. He stated however, that Athens should continue on that difficult road if it wants to count on the European solidarity. The situation is “extremely difficult” for Greece, he added, stressing that it is not easy either for Europe or the IMF.
Referring to the previous plan, Schaeuble said that Greece could have come out of the support mechanism in 2014, but this was impossible due to Syriza’s promises to stay in the eurozone without reforms. However, he stated that since last summer things have been “moving forward,” and noted that the decision of the Eurogroup is a result of very good cooperation with Finance Minister Euclid Tsakalotos.