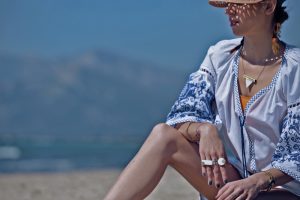 A new temporary outlet sporting Greek style has arisen in Islington’s Angel area and is open for business today, May 25. This pop-up showcases hip Greek designers and labels that have somehow managed to come from the Greek Crisis.

Known as MONOspace, the project undertakes the fourth short-term store of its kind, focusing on showcasing up and coming Greek designers in efforts to promote Greece’s fashion in the British capital.

The concept of the ‘mobile shopping series’ came to fruition because of a vision that two young women shared. Thirty-one-year-old, Marina Bury and Myrta Mitropoulou have lived in London since 2008 and 2010, respectively. The two women decided to tour London with showcases of hip Greek designers creations because they saw the need for a platform for Greek fashion. 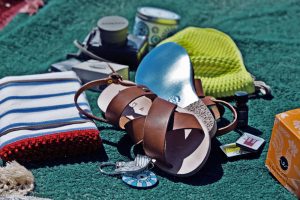 The pieces they bring into their pop-up outlets are reflective of the neighborhoods where their stores temporarily dwell. In Islington they have a chic variety of handmade leather sandals to silk scarves by Grecian Chic as well as bags made on traditional Cretan looms using local fabrics by LOOMhandmade, and the list goes on.

“London is the biggest European capital, a metropolis, maybe the only city with such multicultural inhabitants. If you are a Londoner, you gain a new identity that comes from the city’s own unique character,” said Bury.

Their success with the MONOspace series of pop-ups has created new paths of entrepreneurship for Bury and Mitropoulou. The two plan to create showrooms that run parallel to mobile outlets as well as wanting to collaborate with established outlets such as Dover Street Market, Liberty and Selfridges in London and Colette in Paris. For the time being, the success of MONOspace is rewarding enough in itself as it continues to shine light on the new generation of Greeks emerging from difficult financial times. “Greek designers have much to offer and the state should start paying more attention to a sector that worldwide is considered to be one of the biggest sources of income for the local economy,” said Bury.