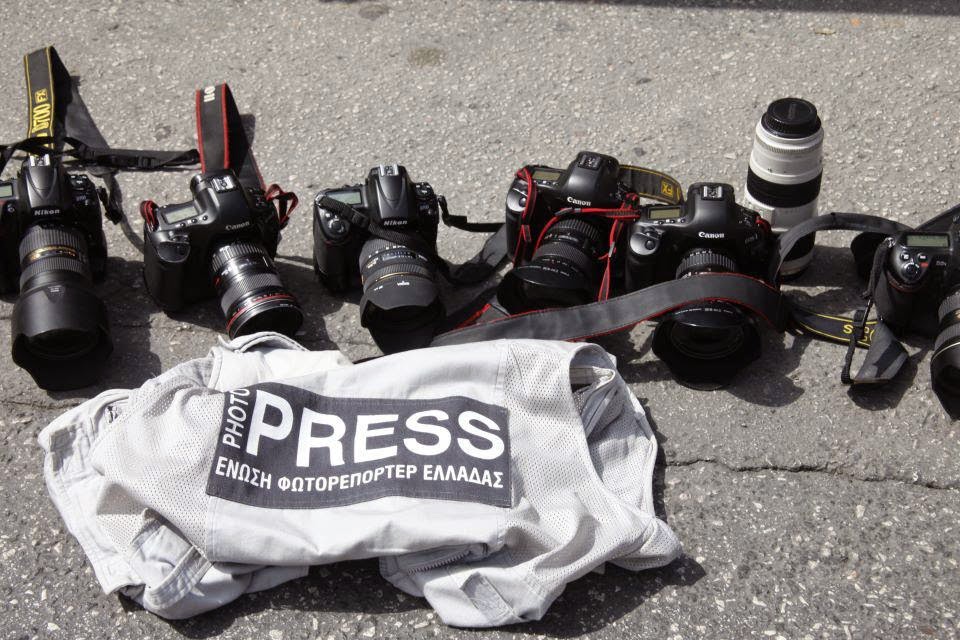 The evacuation process in Idomeni camp began on Tuesday morning, and according to the police more than 1,500 refugees and migrants have departed with buses and are heading towards structures in the wider region of Thessaloniki.
The police forces however, have also removed journalists from Idomeni camp during the evacuation process, allowing only journalists and members of ERT and ANA MPA to be on the scene and cover the operation. The rest of the media representatives are hemmed in 2 kilometers away from the camp.
A German journalist, Sophia Maier, posted a photo on Twitter, showing herself disguised in a long dress and a headscarf to avoid being kicked out of Idomeni. 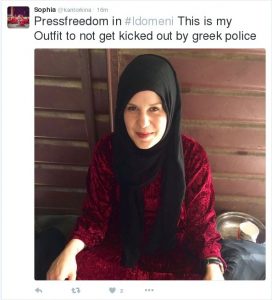 The Greek Photo Press Union released a denouncement against the police’s decision to remove journalists and photojournalists from Idomeni, while the evacuation from the refugees and migrants took place.
The statement reads:
“The Photo Press Union (EFE) is expressing its frustration against the Hellenic Police Force’s policy regarding the overall management of the evacuation of trapped refugees and migrants in Idomeni. To begin with, when the evacuation process commenced in Idomeni, the police forces took the liberty and removed photojournalists and journalists, leaving space only to ERT and ANA MPA.
The blatant infringement of the Press freedom and polyphony in the name of the protection of the safety of photojournalists, collided with common sense: if there is danger of violent assault from the people hemmed in (Idomeni), the target will be the police and not the photojournalists and journalists, and in any case no more than those of ERT and ANA MPA.
The Photo Press Union bluntly denounces this disdain of Press freedom and calls for the Ministry to proceed with the revocation of this decision and to ensure the freedom of the press, by allowing representatives of the rest of the media to cover the events.”