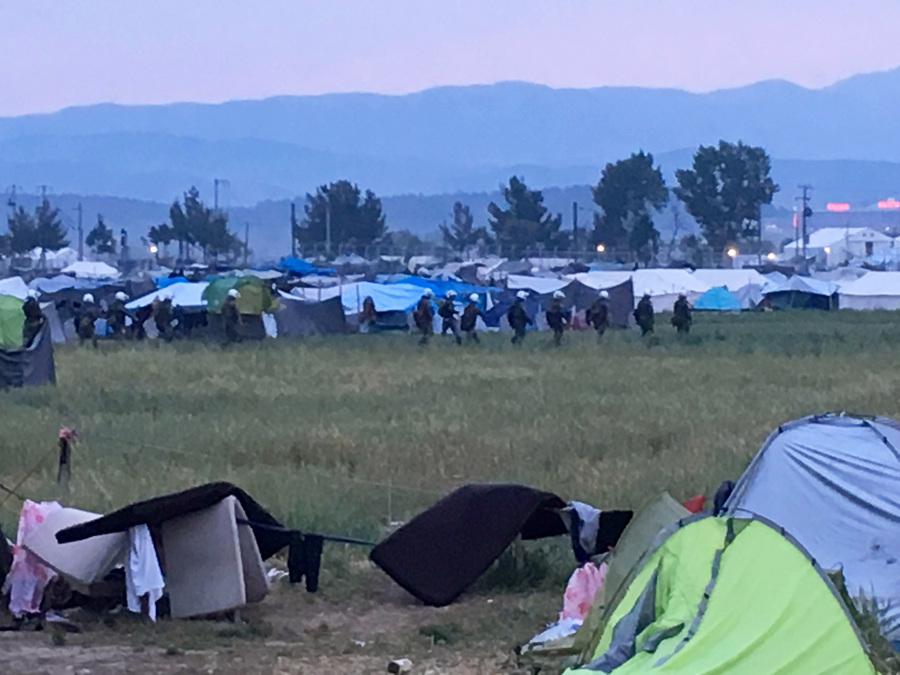 Hellenic Police on Tuesday morning started an operation to clear the makeshift migrant camp in Idomeni, on the Greece-Former Yugoslav Republic of Macedonia border.
More than 8,000 migrants and refugees had been left stranded at the tent town during the last count. Despite efforts made by Greek authorities to clear the camp and move them to proper hospitality facilities, the migrants were staying there in hopes that the border might open one day. At the same time some dubious non government organizations, self-styled protectors of refugee rights, and people smugglers were telling migrants that the border would open again or tried to help them cross illegally to FYROM and from there to the more prosperous western Europe.
The police operation was carried out in secrecy as the Greek government had not allowed reporters near the area. Only state broadcaster ERT and state controlled ANAmpa.gr news agency were given permission to report from Idomeni.
Spokesperson of the refugee coordination committee, Giorgos Kyritsis, told reporters that the only reason the Press was not allowed in the area during the operation was so that police will do their job undisturbed.
Dozens of buses were employed to carry the migrants and refugees to official migrant camps in northern Greece that are equipped with all necessary facilities, including health centers.
According to a Hellenic Police source, 1,400 policemen were deployed for the evacuation operation that is expected to last several days. Police also asked all volunteers who were in the camp area to leave and that those who refuse would be arrested.
Once the migrants and refugees are relocated to the accommodation centers, they can apply for asylum if they haven’t already done so. The same will apply to those who are not registered, the police source said.
Watch the Greek police video below: