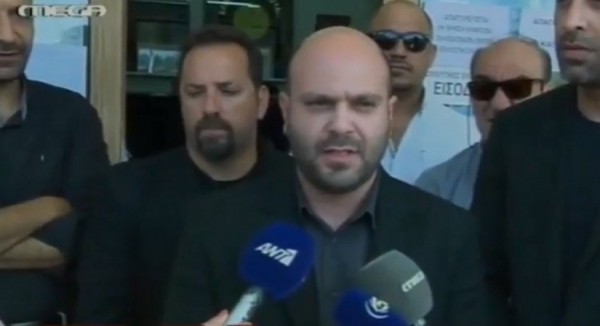 The National Popular Front (ELAM) has won seats for the first time in Cyprus after Sundays’ parliamentary elections.
The Cypriot ultra-right party, which is fashioned after Greece’s nationalist Golden Dawn party, won 3.7 percent of the votes and got two seats in the parliament.
Golden Dawn chief Nikos Michaloliakos announced triumphantly the ELAM win in the Greek parliament on Sunday before the vote on the omnibus bill. “For the first time, Cyprus will get nationalists in its parliament,” he said.
The election results and mainly the historic low of the 67.3 percent voter turnout reflect the Cypriots’ discontent with government policies after the economy crashed in 2013, says a EUobserver report.
The ruling conservative Democratic Rally (DISY) won the most seats with 30.6 percent followed by the Communist party AKEL with 25.6 percent.
But DISY will now have 18 seats, down from 20, in Cyprus’s 56-seat chamber. AKEL will have 15 down from 19. Centrist Democratic Party DIKO and the Socialist EDEK also sustained losses.