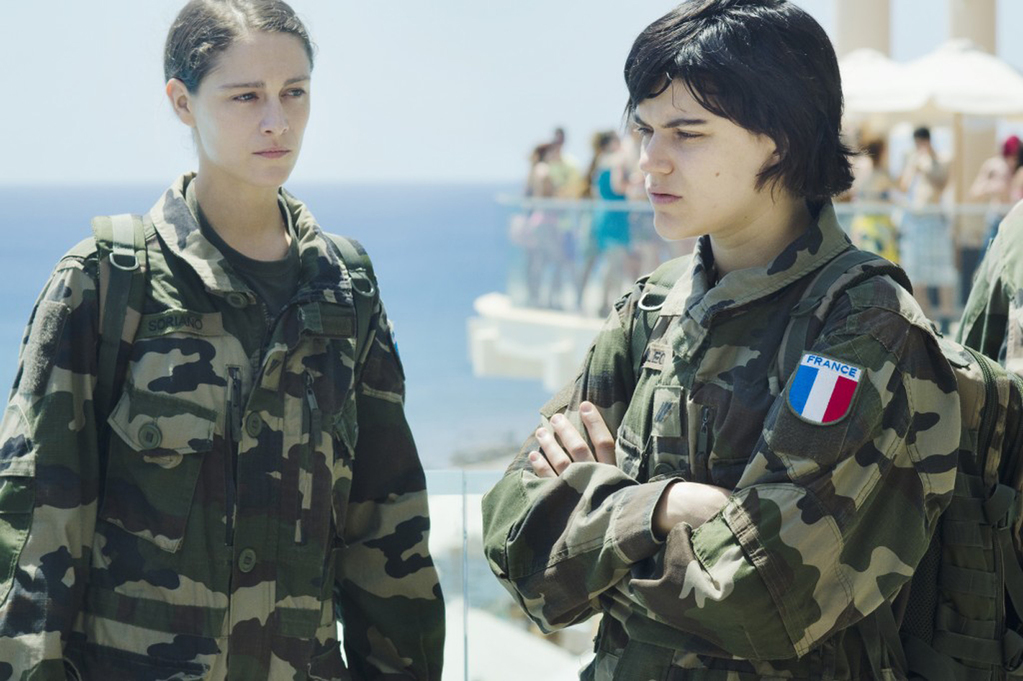 The sisters Delphine Coulin and Muriel Coulin, directors and screenwriters of the French-Greek movie “Voir le Pays” won an award from the committee of the department “Un Certain Regard” at the Cannes Film Festival.

“Voir le Pays” is a film that was supposed to be filmed in Cyprus, where the story unfolds, but however was filmed in Rhodes. The movie’s plot centers around anti-war and anti-violence. After returning from duty in Afghanistan, two young French female soldiers, stop for a while at a luxury hotel in Cyprus, where they undergo group therapy.