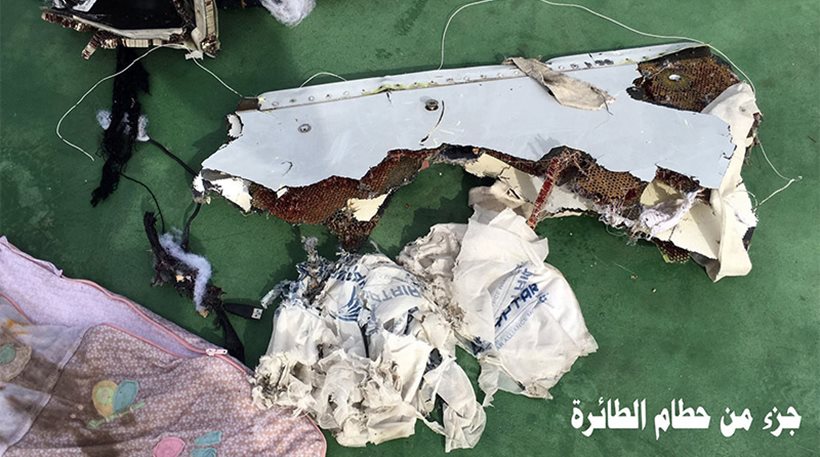 Minutes before EgyptAir Flight 804 plunged into the Mediterranean Sea early Thursday, smoke alarms rang out in the plane’s cabin, according to flight data.
The Aviation Herald website, which covers the aviation industry, published data that shows smoke alarms in the bathroom ringing out not long before the plane crashed.
The Aviation Herald reported that it received the information via the Aircraft Communications Addressing and Reporting System (ACARS), a system used by airline operators to download flight data, which shows that smoke was detected in the toilet at 2:26 a.m. local time.
About a minute later, another alarm went off signaling an avionics smoke alert.
Then, two minutes later, the last ACARS alert went out signaling smoke or a fire near the electronics and equipment bay of the aircraft.
France’s aviation safety agency confirmed the validity of the messages, but a spokesman said it is “far too soon to interpret and understand the cause of the accident as long as we have not found the wreckage or the flight data recorders.”
Egyptian authorities are also investigating the smoke alerts.
Search crews have found human remains along with the personal belongings of passengers from the aircraft but are still searching for the bulk of the wreckage.
Looking for clues to understand why the jet carrying 66 people crashed into the Mediterranean Sea, search teams sought to find larger pieces of the plane or the location signal from the flight recorders.
Egypt Aviation Minister Sherif Fathy has said a terrorist attack is a more likely cause for the crash than technical failure. But so far no clear evidence has emerged as to what brought the plane down. ​No militant group has claimed to have carried out an attack.
(source: VOA)