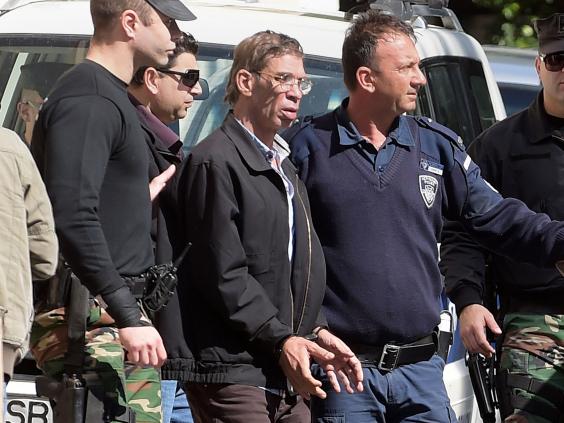 Seif el din Mustafa will be taken back to the prisons, as per instructions of the District Judge, Dona Constantinou, after his lawyer made a complaint that his client was mistreated and hurt when brought to court on Friday.
The defense attorney has said that Mustafa was mistreated for refusing to remove the shirts he had worn in his court appearances. The shirts had political messages written on them.
On the morning of May 20, the register of the Justice Minister was filed to start the extradition process of Mustafa, who is on trial for having committed a hijacking on March 29 at Larnaca’s airport in Cyprus.
Mustafa had arrived at the court late and the information that was received by CNA was that he had refused to change his shirt. The hearing has been suspended and Mustafa is expected to return to the prisons for a medical check.
The judge said that the hearing will continue and finish on Friday.
Eleni Louzidou, Cyprus’ prosecutor, has said that the Minister of Justice, Ionas Nicolaou, had given instructions that Mustafa’s attorney accompany him to the medical examination at the prison.
As per the judge’s further instructions, if the doctor deems that Mustafa must be taken to the hospital, authorities will do so.
Mustafa’s attorney, Robertos Vrachimis, also submitted a request that the court investigate complaints that Mustafa was mistreated in the prison. He has asked that the cameras in the prison be examined, and that testimony be taken from Mustafa.
Source: CNA