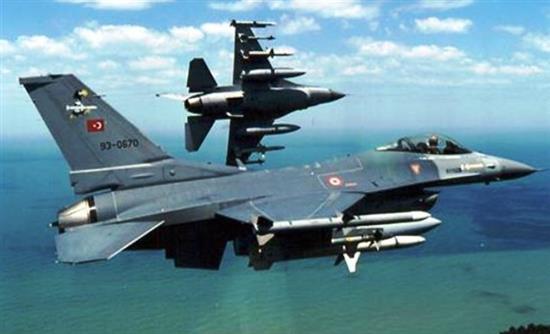 Greece’s defense and foreign ministries are concerned over the continuous violations of Greek airspace by Turkish fighter jets.
Diplomatic sources say that the recent reopening of the file of the death of a Turkish pilot who was killed over the islet of Imia during a dogfight between Turkish and Greek warplanes in 1996 is a proof that Turkey is raising territorial claims again.
The Turkish pilot’s family initiated legal proceedings 20 years after his death claiming damages from Greece and the Greek pilot who is allegedly responsible for the fatal downing of the Turkish plane. The legal initiative from the Ankara prosecutor’s office is the “icing on the cake,” a Greek diplomat said.
Greek officials urge Prime Minister Alexis Tsipras to discuss the issue with Turkish President Recep Tayyip Erdogan upon his visit to Istanbul on Monday and also put formal complaints to NATO and the European Union.
So far the Greek government has made official complaints over the issue of airspace violations to Jens Stoltenberg, Secretary General of NATO, through an exchange of letters with Defense Minister Panos Kammenos
As regards to the death of the Turkish aircraft pilot, the Greek side insists that the downing of his plane was not caused by an aggressive act of Greek pilots. In their statements, the two Greek pilots who were involved in the October 8, 1996 dogfight with two Turkish F 16 aircraft, said they saw a “flame coming from the jet’s rear, and in a matter of seconds the rear was burning and the jet went down in flames.”
The Athens Court of Appeals Board rejected the Turkish request after consultation with the foreign ministry.