French President Francois Hollande confirmed that the EgyptAir plane that left Paris en route to Cairo has crashed off the Greek island of Karpathos. Authorities are still searching the area. All passengers are believed to be dead.
“The information that we have been able to gather — the prime minister, the members of the government, and of course the Egyptian authorities — unfortunately confirm for us that this plane crashed at sea and has been lost,” Hollande said, after a telephone conversation with Egyptian president Abdel Fattah el-Sisi.
“When we have the truth, we must draw all the conclusions, whether it is an accident or another hypothesis, which everybody has in mind, the terrorist hypothesis,” the French president said.
Greek authorities have mounted a search in the area south of the island of Karpathos without result so far, according to Greece’s Defense Minister Panos Kammenos.
“At 3:39 am (Greek time) the course of the aircraft was south and south-east of Kassos and Karpathos (islands),” Kammenos told reporters.
“Immediately after, it entered Cairo FIR and made swerves and a descent I would describe 90 degrees left and then 360 degrees to the right. The Airbus plunged from 37,000 feet to 15,000 feet before vanishing completely from radar,” he added.
The Paris prosecutor’s office said in a statement that it had opened an investigation into the disappearance of Flight 804, a move that is standard practice when French citizens are involved in accidents or deadly events abroad.
Speaking from Cairo, Egyptian Minister of Aviation Sherif Fathy said: “I’m not excluding any theory. I’m also going to use the term ‘vanished’ plane until we find the wreckage of the plane if there is any wreckage and until we know what happened for sure.” 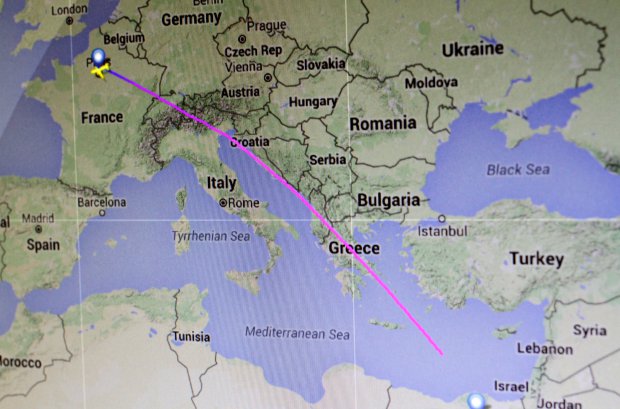 Kalymnos Island in Strict Lockdown as Cases Rise Across Greece