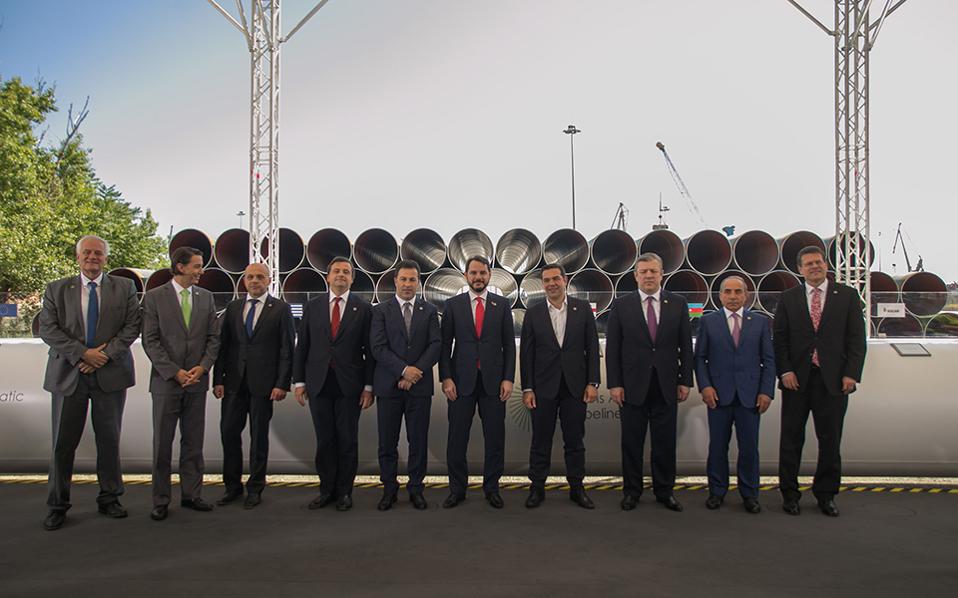 Athens is not planning to advance talks with Russia on the Poseidon pipeline, during the upcoming visit of Russian President Vladimir Putin to Greece, a EurActiv report says.
On May 17, Greece launched construction on a 550-kilometer section of the Trans-Adriatic Pipeline (TAP), which is backed by the European Union. The pipeline will be bringing gas to Europe from the Azerbaijani Shah Deniz 2 offshore gas field, via western Turkey, to Greece, Albania and across the Adriatic to Italy. It is estimated to start operating in 2019.
The project will open 8,000 job positions in the unemployment-laden country. “TAP is one of the greatest direct foreign investment projects carried out in Greece,” Prime Minister Alexis Tsipras said at a ceremony held in Thessaloniki.
However, the Gazprom Poseidon pipeline is a direct competitor to TAP. EurActiv has learned that the main focus of Putin’s visit to Greece will not be on energy issues. Diplomatic sources close to the issue told EurActiv that there would be a discussion over energy but with “no essential result.”
“Taking into account the bilateral relations between Turkey and Russia, no discussion on energy issues could make a progress,” the sources told EurActiv. Following the downing of the Russian jet at the Syria-Turkey border on November 24, the relations between Moscow and Ankara have deteriorated hugely, and the project called “Turkish Stream” to bring Russian gas across the Black Sea to Europe through Turkey has been shelved.
EurActiv says that the discussions between the two leaders will focus on bilateral economic relations with special emphasis on tourism.