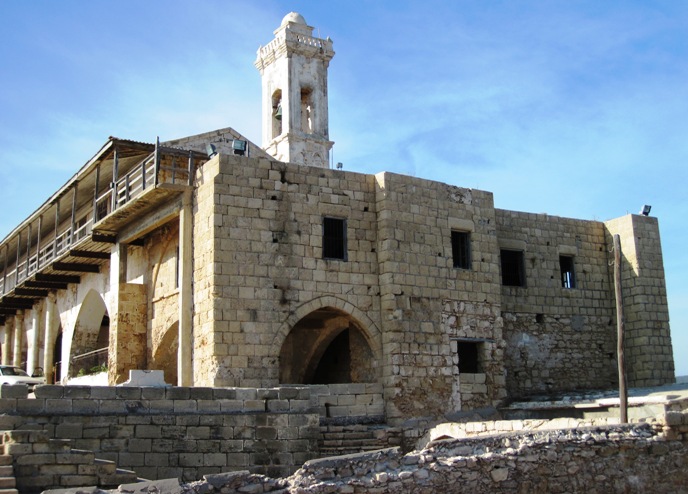 Christian Greek Cypriots and Muslim Turkish Cypriots are about to complete a joint restoration project which aims at restoring and preserving a historic Christian monastery which is respected by both Christians and Muslims.
The Apostolos Andreas monastery is to be reopened to the public in August at the latest, after restoration work which will have last more than 18 months, a member of the team overseeing the project said on Friday, according to Xinhua news agency.
“It can be said that the two communities are writing history right now,” Takis Hadjidemetriou, the co-chairman of a bi-communal committee in charge of the project told Xinhua during an on-site visit.
The monastery, situated on the tip of the Karpass Peninsula, is a Christian site that is also being visited by many Muslim Turkish Cypriots. Apostolos Andreas was closed down after Turkish troops occupied the Peninsula along with other parts of northern Cyprus in 1974, in reaction to a coup organized by the military rulers of Greece at the time.
Turkish Cypriot co-chairman of the restoration committee Ali Tunsai told Xinhua news agency that the project is the result of common sense. “It had been a game of blaming each other for many years. When that stopped, the two sides proved that they can work together with good results,” he added.
“This is not a monument for the Greek or Turkish Cypriots only. It is meant to be part of our civilization and of humanity,” Tunsai said, Xinhua reports.