SYRIZA 20 Points Down in Thessaloniki Poll 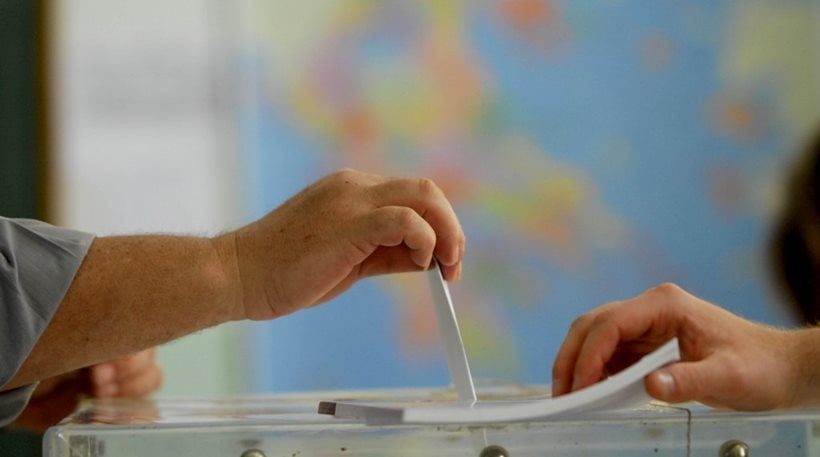 SYRIZA ruling party has lost 20 percentage points in Thessaloniki compared to the September elections results, an opinion poll shows.
In the poll that was conducted by the University of Macedonia, SYRIZA is trailing by 10 percentage points to major opposition party New Democracy in the second largest city of Greece, Thessaloniki.
The survey, conducted for newspaper ‘Thessnews’, shows that 15.5% of participants support SYRIZA, while 25.5% would vote for New Democracy in the first Thessaloniki constituency (A’ Thessaloniki). The conservative party holds the same percentage as in the September general elections.
Extreme rightists Golden Dawn would get 7.5% of the vote, followed by the Greek Communist Party (KKE) at 6%. The Centrists Union is close behind with 5.5% potential voters, while the Democratic Coalition of PASOK and Democratic Left are at 4%.
Junior coalition partners ANEL (Independent Greeks) would not make it to parliament as they gather only 2% of potential votes, with the threshold to enter parliament being at 3%. To Potami was also at 2%, indicating that the new party would be out of parliament if elections were to be held today.
However, it should be noted that almost one in four (24.5%) participants are either undecided or refused to disclose who they would vote for. 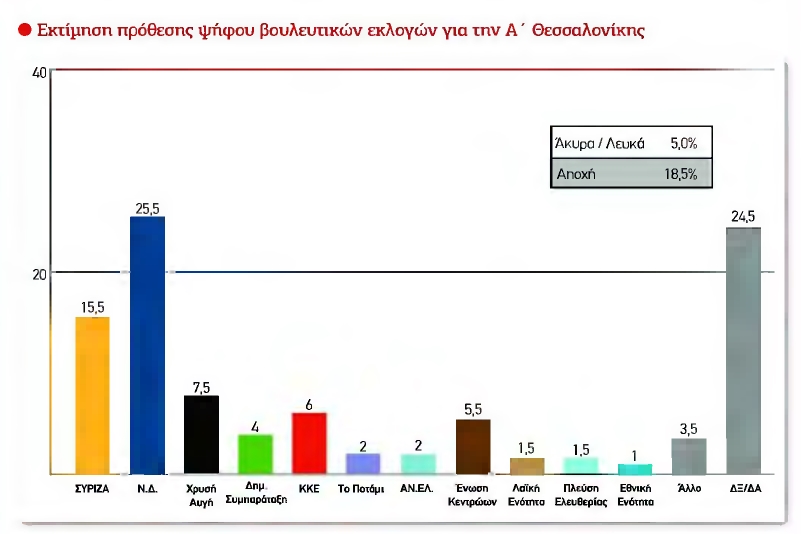