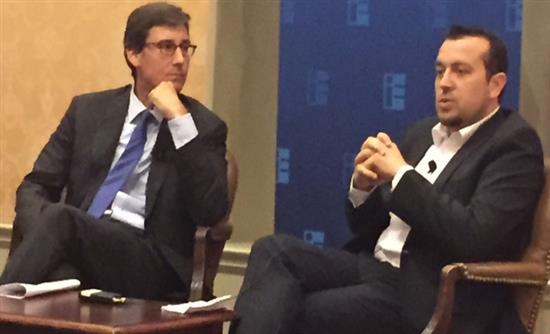 State Minister Nikos Pappas said Greece is a country that honors its obligations, achieves its targets and is a reliable economic partner internationally.
Pappas expressed his optimistic view on Greek economy during a meeting with U.S. Treasury Secretary Jack Lew in Washington on Thursday.
According to sources within the Greek government, the U.S. Secretary said that the Greek bailout program review should be completed soon and political stability must be ensured.
Earlier, Pappas discussed developments on Greece’s economic program and regional issues in a meeting with U.S. Assistant Secretary of State Victoria Nuland and U.S Undersecretary for International Trade Stefan Selig.
On her side, Nuland stressed the importance of Greece’s political and economic stability for the wider region, considering the country’s crucial role in tackling the refugee crisis, the fostering of EU-Turkey relations and the active participation in ensuring regional peace, stability and energy cooperation, according to the AMNA news agency.
Selig and Pappas also discussed developments on the Trans Adriatic Pipeline (TAP) and the Gas Interconnector Greece-Bulgaria (IGB) pipeline, as well as the floating gas terminal in Alexandroupolis in northern Greece and issues related to pharmaceutical companies (arrears, hospital claw back, tariffs and patents).
During his U.S. visit, Pappas also spoke in the European Institute in Washington on the subject “Greece: Turning the Page.” During his speech, Pappas admitted that Greece wants the International Monetary Fund in the bailout program.
“The presence of the IMF is a given. It was part of the agreement and we must comply with the agreement. The question is how to do it,” Pappas said.