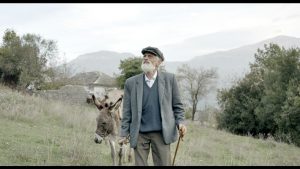 The London Greek Film Festival will take place from May 15-21 at Camden’s Theatro Technis in London. This is the festival’s 9th anniversary presenting selected short and feature screenplays, and prides itself on being an independent, alternative, progressive and a creative means to provide an international platform for contemporary Greek film from around the world. The films touch subjects ranging from an Afghani refugee’s passage through Greece to a dying woman request for a fig, and her husbands quest to gift her that wish.

On May 15 the event kicks off with a “late afternoon tea and networking,” which will highlight opportunities and benefits of filming in Greece and introduce the new Filming in Greece Agency.

From May 16-20 the festival will feature 4-5 screenings daily. Then on May 21 the short films entered will be shown along with video art and experimental films. Later that evening the “Odysseus Awards” ceremony will announce the best films. 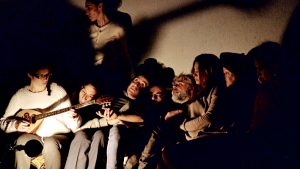 In addition, the event promises many opportunities to network with peers as well as attend workshops. Selected screenplays will also be reviewed. Aspiring screenplay writers from Greece, USA, Australia, UK and Germany will be participating in the event.