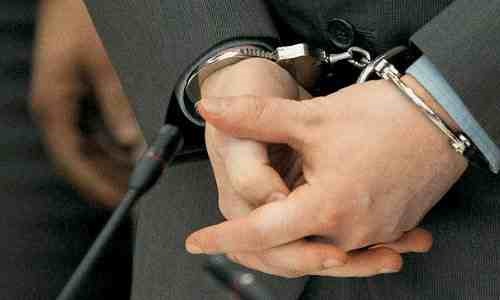 An Athens prosecutor on Wednesday charged 23 people for multi-million euro investment fraud and money laundering in Greece and abroad.
The criminal racket included 12 Greek nationals, three of whom are lawyers, two Turkish nationals, a Russian and an Indian. According to police information, several public sector employees were also involved in the criminal activities.
The two heads of the racket were Yannis Litinas and Giorgos Daskaleas. The former reportedly made 80 million euros from his criminal activities. The suspects and their victims — mainly from Greece and Ukraine — used at least 60 offshore companies.
According to the indictments, the two defendants formed a criminal organization that acted between 2005 and 2015. The indictments also describe the methods used for defrauding the suspects and the way they laundered millions of euros from their illegal activities.
“The creation of complex partnerships which supposedly were investment firms operating in the foreign exchange market. These partnerships were directed and controlled, either directly from the defendants, either through offshore corporate companies, with the two defendants being behind them. The investment structures were approaching individuals investors claiming that Giorgos Daskaleas had specialized knowledge and education in the financial market and was an expert in foreign exchange transactions. They were also claiming that he had invented an innovative worldwide and technically advanced market analysis methodology based on human behavior. This way they persuaded customers to invest large sums in specific structures that were set up for this purpose by promising high profits and returns that exceeded 3% per month,” the indictment reads.
The fraudsters were sending letters to investors informing them that their investments yielded profits and advised them not to sell but keep investing. In some cases they were returning the money to investors in order to build trust and were asking them to invest again, the indictments continues.