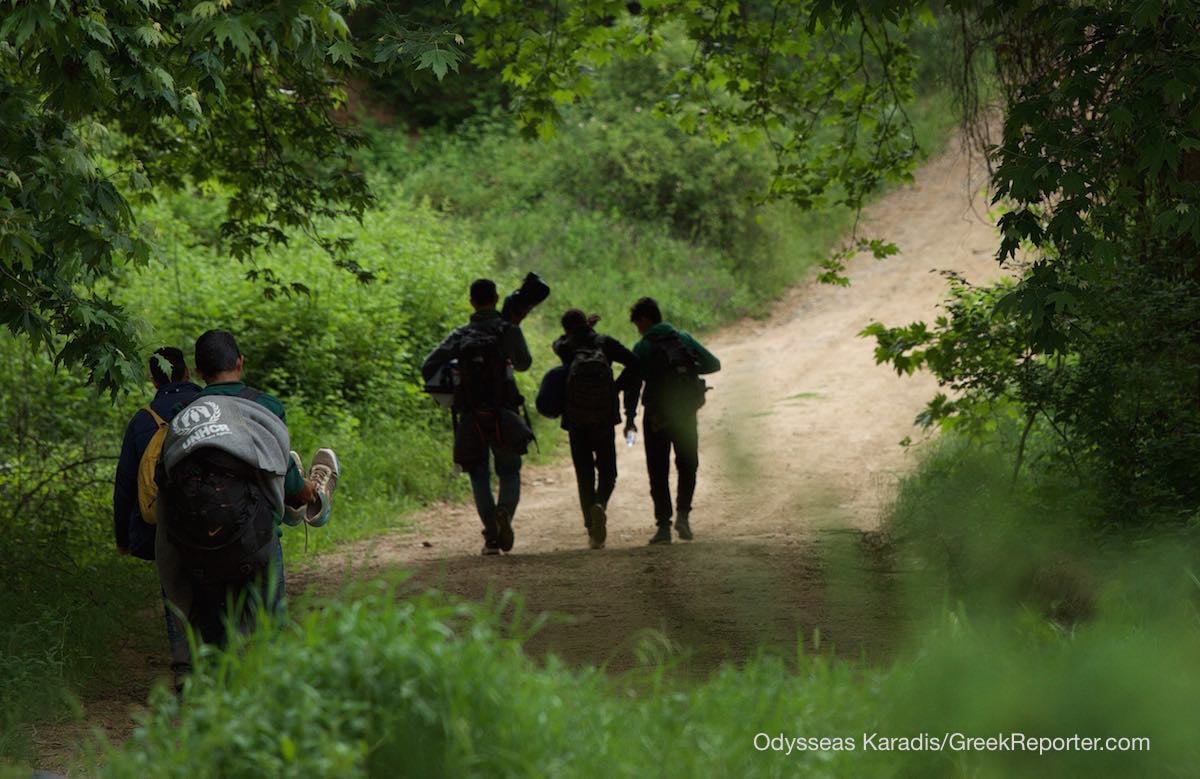 At the village of Chamilo, near Greece’s border with the Former Yugoslav Republic of Macedonia (FYROM), refugees and migrants attempting to cross the Suva Reka river are once again caught between a rock and a hard place. At least 150 people — refugees originally from Syria and Afghanistan —  had managed to cross the frontier into FYROM but were forced by Skopje’s border guards to return to Greece. 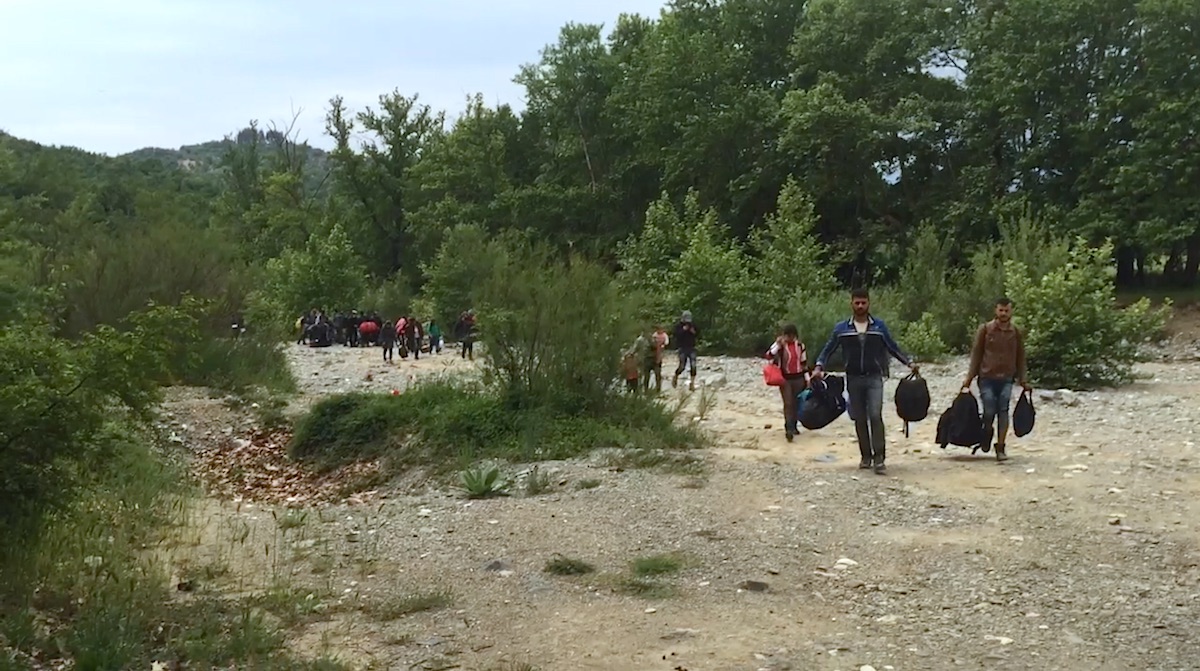 While on the scene, Greek Reporter’s team was warned by a villager accompanying a man in a Greek army vehicle that the crew should move away from the area. “They told us it was dangerous, you don’t know how the FYROMians will react if you go closer” we were told. “They warned us that the FYROM army may fire at us.”  Shortly after that, a line of people appeared, crossing the small creek. 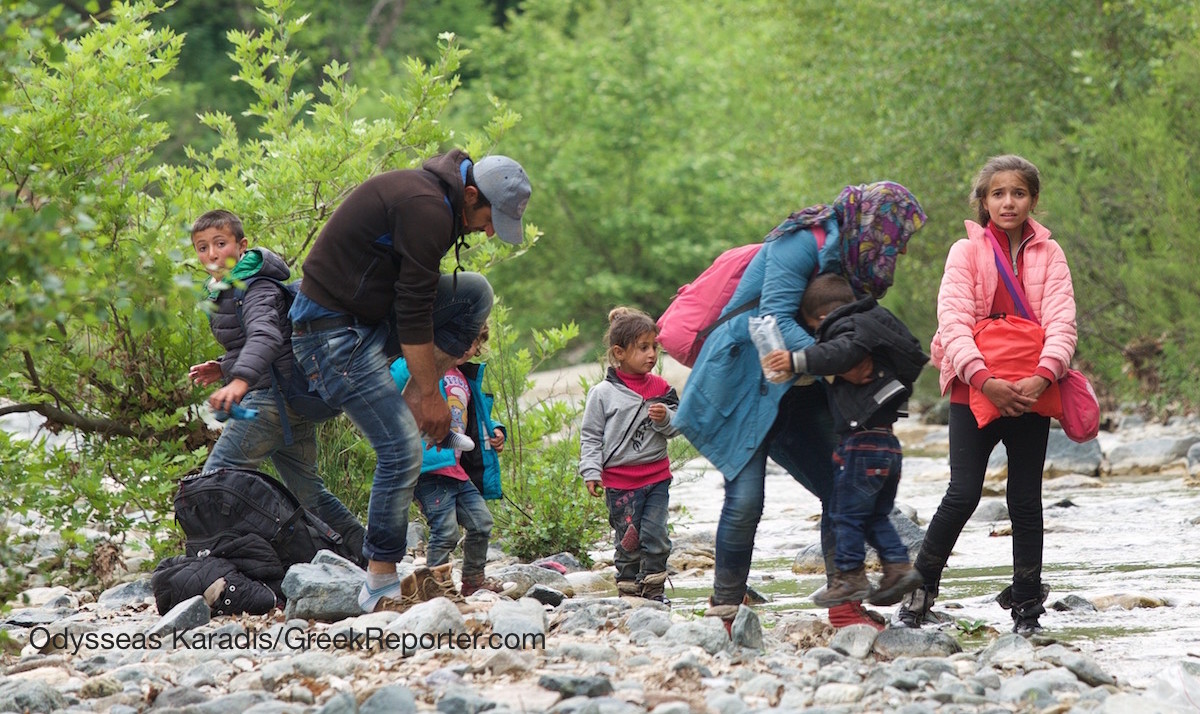 Mohammed, aged 23, from Afghanistan said he had walked for 12 hours on Tuesday along with an estimated group of around 150 people. Sixty of them were pushed back by the brute force of the FYROM police. Mohammed says that this was his third attempt.
The refugees, including pregnant women and children, headed on foot to Idomeni, 5 km away. Greek Reporter’s crew called for an ambulance to pick some pregnant women up after the refugees asked us repeatedly to call for help. 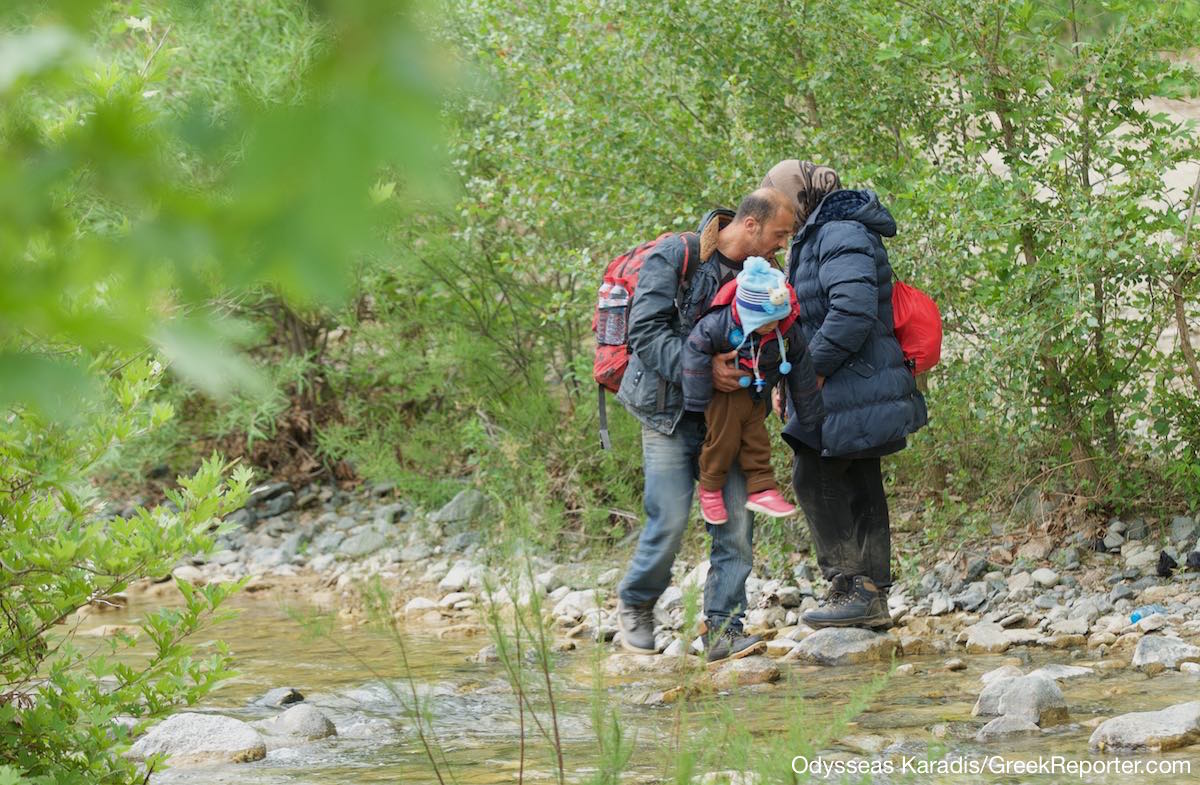 At around 9 p.m. a Greek police bus and two cars appeared in the area, and escorted the group back to Idomeni camp.
The refugees and migrants trapped at Idomeni camp after Europe closed its border are estimated currently at about 11,000. Most of them wait in make-shift homes and tents, expecting the border to open. Greek authorities assure them the border will remain closed. 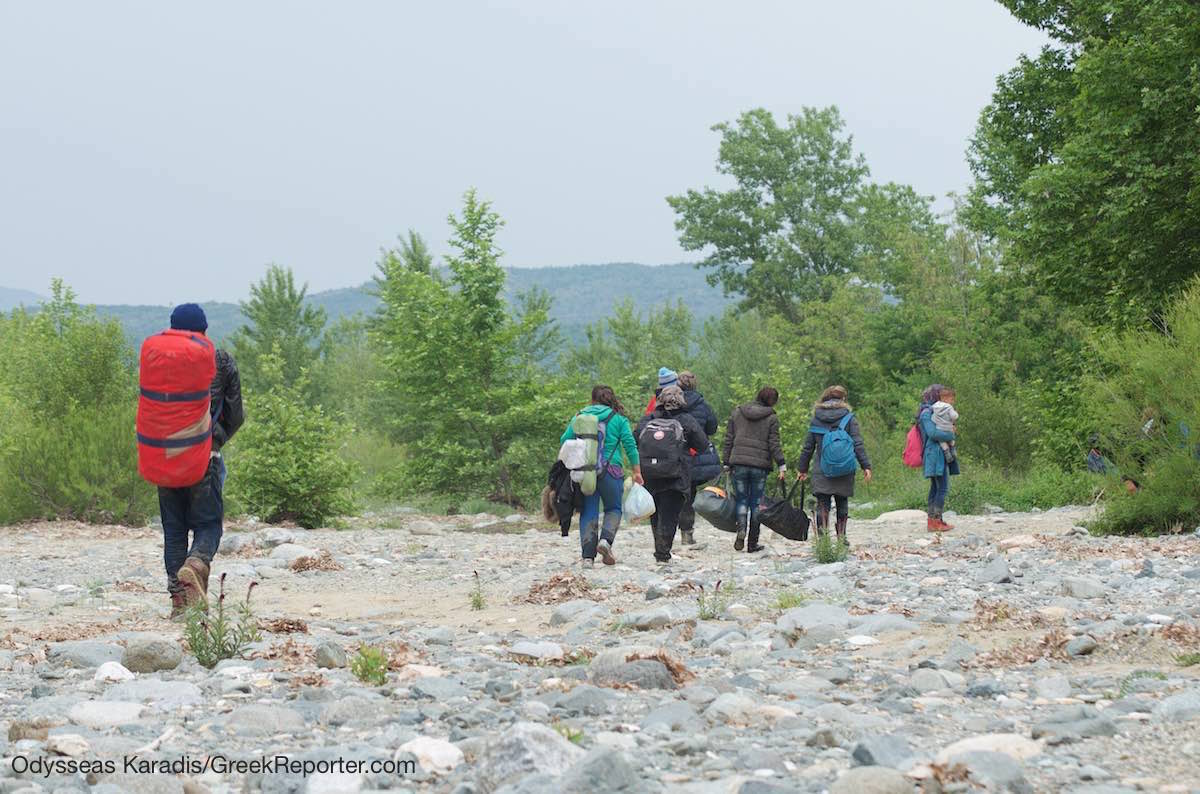 The majority of refugees in Greece hope to reach Germany and join relatives that are already there.
Reporting by Anastasios Papapostolou and Joanna Kalafatis; photos by Odysseas Karadis/GreekReporter.