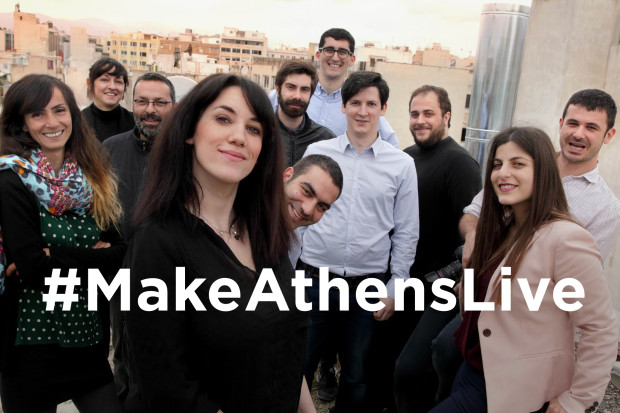 A recent article by the European Journalism Observatory, reports that “in 2015, Greece fell 50 places in the World Press Freedom Index to rank 91st. This established it as the second-lowest ranking for a country inside the European Union. Open Society Foundation has stated that Greece is the EU member state in the most acute journalistic crisis.”
According to Reporters Without Borders, “the Greek press is in the hands of a few powerful media barons who for years have used it to further their business interest.” More and more citizens are showing their distrust towards mainstream media and turn to others means of information such social media, which encourage citizen journalism, and international or independent media.
In Greece, the number of independent media is so low, that they are nearly non-existent. However, for a quite a while now, a new initiative has been running, regarding independent and quality journalistic content. AthensLive, is a new independent media project, in which Greek and international journalists and the visual journalists of FOSPHOTOS collaborate. With the hash tag #MakeAthensLive, the project hopes to build an alternative way of informing that is not corporate-owned and bound to established political interests.
Athens Live will be crowdfunded and independent. It will provide English-language reporting, analysis, and commentary from Athens and all over Greece.
“With AthensLive, we want to provide journalists with what they need to explore controversial issues fully and pay them fairly for their labour. Our readers are not interested in a regurgitation of corporate-owned news. The value of our journalists is tied to their desire to tell unconventional and difficult stories,” said to the European Journalism Observatory, Tassos Morfis, a journalist and a co-founder of AthensLive.